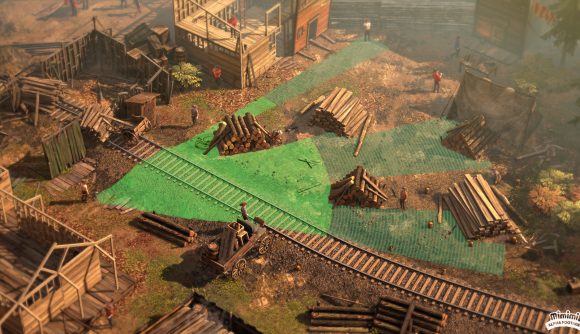 Rock-hard, cowboy-themed tactical stealth game Desperados III has just got a free update that lets you mix and match characters on missions to shake up the gameplay, as well as adding “level editing cheats” to design your own wild west missions.

Developer Mimimi Productions and publisher THQ Nordic have announced in a press release that on December 9 the game’s new ‘bounty mode’ would let players choose freely from the five playable characters on “almost every major mission” – rather than simply controlling whichever dusty-booted desperados are pre-selected for that chapter. The idea is that you can now pick out characters with abilities particularly suited for each of the game’s pretty challenging missions and make things a little easier – or deliberately take a team hopelessly ill-equipped for the job to upgrade your challenge to near-masochistic levels.

The level editing cheats, meanwhile, let you wipe levels clean and build your own missions from scratch, with all the game’s weapons, enemies, and environmental items in your toolbox. Once you’ve created a custom mission using the cheats, all the changes are stored in your save file, so you can also share your creations with fellow frontier tacticians.

Alongside the update, Mimimi has even created a walkthrough and a series of video tutorials on how to use the new level editing tools.

Desperados III was released in June 2020 as a successor (but a story prequel) to Spellbound Entertainment’s Desperados: Wanted Dead or Alive (2001), Desperados 2: Cooper’s Revenge (2006), and Helldorado (2007).