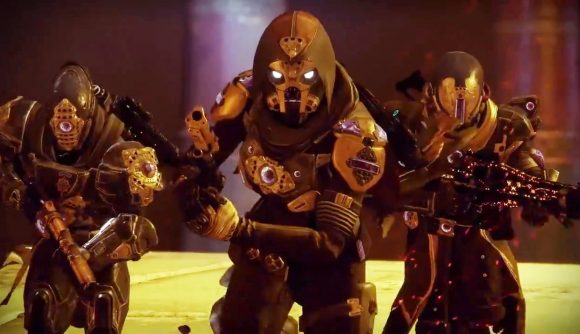 If you’re an active Destiny 2 player and you’re eyeing an upgrade to one of AMD’s new Ryzen 3000-series processors, you might want to hold off for a bit. The CPUs themselves are looking good (check out our Ryzen 7 3700X review or Ryzen 9 3900X review for details), but Bungie’s loot shooter isn’t playing nice with AMD’s latest hardware.

If you try to launch Destiny 2 with a Ryzen 3000 series installed, Battle.net will show that the game is running, but it will never actually load. The Destiny 2 executable will briefly show in the task manager and report a modicum of CPU usage, but eventually disappears – all while Blizzard’s launcher keeps showing you in-game.

Players have reported the issue on subreddits for Destiny and AMD, and on the game’s official forums. It appears to be affecting every Ryzen 3000 series variant, and no other specific driver installs or hardware combinations seem to affect the problem either way. Bungie hasn’t yet commented on the issue, so there’s no ETA on a fix just yet.

It’s not the first time Destiny 2 has given certain AMD users fits, as the game had major crashing issues on older Phenom II processors back at launch.

If you’re looking to get into Moments of Triumph this week, you should probably stick with your tried-and-true processor. At least for now.