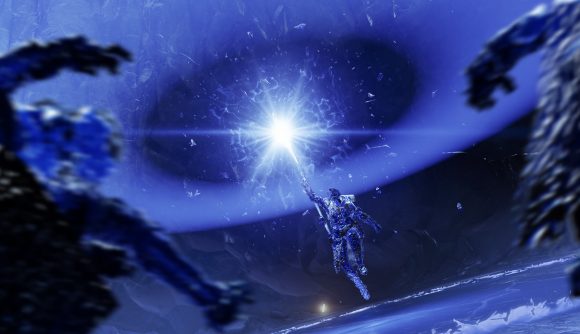 If you’re a long-time Destiny 2 player, you’re probably excited about the launch of the new Beyond Light expansion today – and you’re equally likely to be disappointed to find out that playing it is apparently impossible. That is, unless, you’re one of the hundreds of thousands of players who are playing it.

First, the good news: Destiny 2 currently has nearly 220,000 players in-game on Steam, which is its highest concurrent player count since back when it initially launched on Valve’s storefront. SteamDB shows another big spike – up to 214,725 – on June 6, which was when players witnessed the destruction of the Almighty right before the beginning of the Season of Arrivals.

Now that Beyond Light has finally, er, arrived, players are clamouring at the gates to get in – and they’re finding that even after waiting through long login queues, they’re frequently getting booted out of the game after completing a single activity in Beyond Light. It’s a bummer, players are frustrated, and there’s not much anything anyone can do about it but wait while Bungie sorts things out with its servers.

While it’s disappointing for anyone who’s been eagerly awaiting the new Destiny 2 landscape and wants to dive into the new Europa patrol zone, it’s hardly a surprise at this point that a massively popular online game sees some service interruptions on the day a big new piece of content lands.

We are still continuing to investigate various error codes and connectivity issues affecting players on all platforms.

For its part, Bungie says it’s working on the problems for people who can’t log into the FPS game.

In the meantime, there’s plenty to do. You can check out our guide to Beyond Light pursuit weapons and Beyond Light exotics, for instance. There’s also the full patch notes for Update 3.0.0.1 (there’s good news about some Prime engrams in there). Or you could play something else – we’ve got a whole list of the best co-op games to browse if you and your friends need to kill some time before venturing onto the icy surface of Europa.