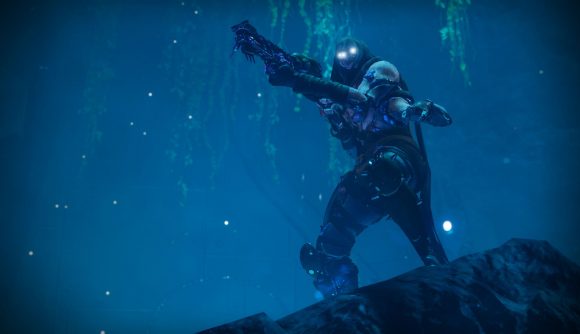 Destiny 2’s Black Armory DLC is due for release on December 4. We know this thanks to the leak of a seemingly-official promotional picture via Reddit.

The picture was posted by Redditor u/AntumTheNine (not prolific Destiny leaker u/AnonTheNine, for once). It was deleted soon after, presumably by the moderators, because Antum’s repost requests that they don’t take it down again. If the mods did delete the first post, it may have been at Bungie’s request, which suggests it’s official.

Regardless, we won’t have long to wait. We know from the DLC roadmap that Black Armory is due in December, so an announcement is due around now. Antum confidently predicts it will come in Bungie’s weekly ‘This Week at Bungie’ update, with a reveal stream next week. TWAB usually drops on Thursday morning, Pacific time, so it may be a matter of hours before the official announcement.

More details about Black Armory can be found in the small print of the picture. It says players will need a minimum of 136GB of available hard drive storage space to install the DLC. The announcement art and release date can be viewed on Reddit, where users are speculating about what Black Armory could bring to the game. Among the most exciting rumours is the possible addition of a new ‘black’ or ‘dark’ weapon type, above or perhaps parallel to, Exotic.

Black Armory is the first of three expansions included in Destiny 2: Forsaken’s annual pass with Joker’s Wild and Penumbra to follow in 2019.