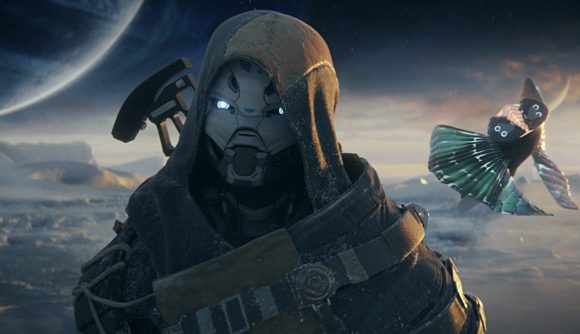 When Bungie revealed the Destiny Content Vault earlier this year, the reason given was to keep the MMO game‘s file size manageable. New information suggests this isn’t quite the case, as the content is actually being taken away so it can be re-done and put into Destiny 2 at a later date.

In a video titled ‘Why Beyond Light is essentially Destiny 3’, content creator Aztecross went through a conversation he and other creators had with Bungie last year about the vault and the possibility of a third Destiny. According to Aztecross, in the conversation, Destiny game director Luke Smith explained that anything vaulted is undergoing a remastering process to be re-introduced later as expansions for Destiny 2.

“What was laid out to me was essentially ‘Hey, we have to take some of these planets off the map, re-do them, re-code them, re-issue them’,” Aztecross explained. “The way this was pushed for us was that this is the alternative to Destiny 3.” When the discussion moved onto Destiny 3, the major question became ‘What is it that Destiny 3 would have that Destiny 2 couldn’t already accomplish?’, and two of Aztecross’ suggestions – Darkness based sub-classes and customisable sub-classes – are included in Beyond Light. The notion is that this expansion is the start of a proverbial Destiny 3, building towards Destiny and Destiny 2 merging together to form one larger space game.

We knew that since Destiny 2 has content planned until 2022 at the earliest, Destiny 3 isn’t on the slate for Bungie at present. Aztecross’ insight suggests a formal next Destiny might not be for quite some time to come, as Destiny 2 moves into the next generation of consoles, and old content is consistently taken down to be re-introduced later with fresh alterations.

Here’s what’s entering the vault when Beyond Light launches. The Beyond Light release date is November 10. We ranked every raid in Destiny history to keep ourselves amused, and we have a guide on the best Destiny 2 classes to keep you in the shape for your own Destiny escapades.