Destiny 2: Forsaken tells a noticeably darker story than previous expansions in the series. It has players avenge the death of Destiny’s most lovable rogue, Cayde-6. The loss immediately feels personal given the bond Destiny players have built up with him over the years, as both a cheeky companion and helpful merchant.

This sets the stage for a great revenge story. But for that to be fully realised, Forsaken needs a villain that is despicable enough to stand up to the hatred burning inside each Guardian’s armour. The solution to this that developers Bungie and High Moon Studios came up with is to not supply one but eight targets for players to track down and murder.

They are the Fallen Barons, each in part responsible for Cayde-6’s death, and as a collective are unlike anything previously seen in Destiny. At their core, the Barons are simple criminals who oversee an undead army dubbed the Scorn. They’re petty, unstable, and have noticeably smaller ambitions than other Destiny bosses.

“I believe that players are going to get tired if they’re saving the universe every three months,” High Moon Studios game director Matt Tieger tells me. “I feel like there is a place in the Destiny universe for a more emotional story, a smaller scale story, you could call it a personal story – and that’s what we were chasing.”

To help steer this particular Destiny story away from blowing up into a huge space epic the team looked to plant their feet on terra firma by crafting villains that drew from the Western. Each of the Barons are twisted versions of classic archetypes such as the gunslinger and cattle rustler. The idea of a “reverse Magnificent Eight” is the one that Bungie producer Scott Taylor remembers the team latching onto.

Bungie also looked to a classic Capcom title for inspiration during the development of Forsaken. “There was a Mega Man discussion – here’s a bunch of dudes that you whack in whatever order you want,” Taylor explains. “That was in the early phases. We didn’t go all the way Mega Man. But throughout the project, we were trying to [make it so players could] fight the Barons in whatever order.”

That Mega Man approach to tackling bosses is what makes Forsaken stand out among Destiny expansions. You’re free to go after six of the eight barons in whichever order you choose, whereas the previous campaigns had been largely linear adventures. Of course, this new approach presented plenty of challenges for the development team. 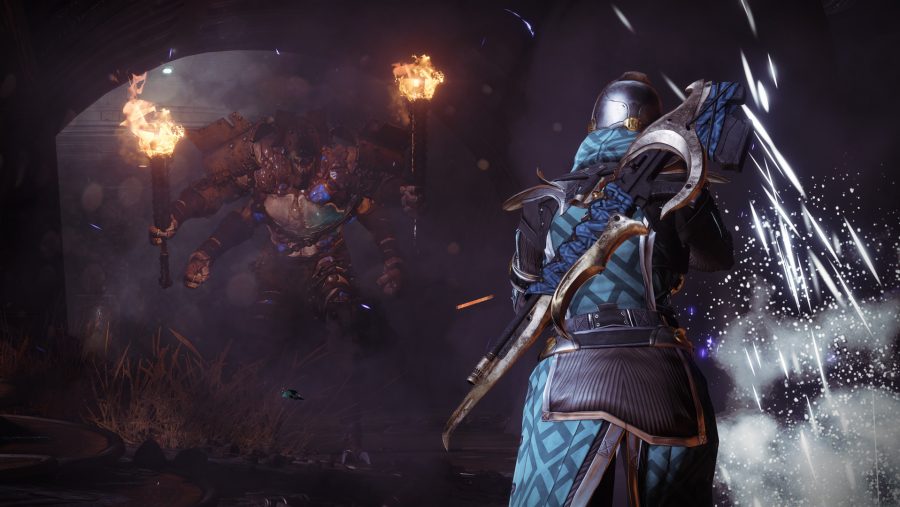 Step up to the hate

The first challenge was keeping everything clear for players as Bungie and High Moon didn’t want players getting lost between stories, unsure of what they had to do. To solve this, the teams developed the Adventures system. Each Adventure is essentially a self-contained questline with a boss fight at its conclusion – one of the Barons.

This made it a lot easier to design the story around each Baron – rather than all of them at the same time – while letting players choose which one to take on next. There is, however, a recommended order to complete the Adventures in, as they all have a Light level that indicates their difficulty. This variation in challenge across the bosses isn’t arbitrary. It actually lines up with the hierarchy of the Barons.

“The concept of the Barons was bigger than just Adventures. It was more about these eight guys you had to go after. And they were also elevated to different statuses,” Bungie game director Steve Cotton explains. “So the Fanatic is a more important Baron than The Rider, for example.” 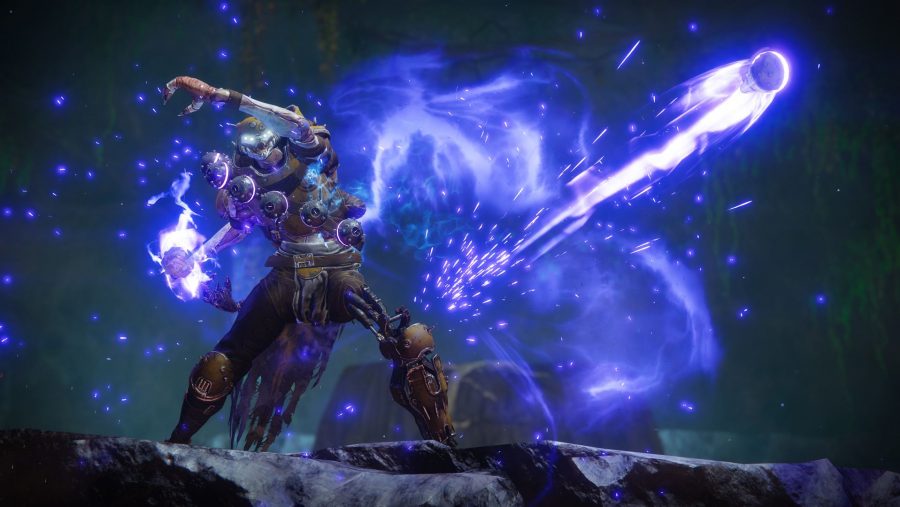 This hierarchy can be used to decide which Barons will die first, but the development team realised early on that this wasn’t enough – these decisions should be driven by emotion, too. “[We] identified that they should talk to you, that they should taunt you,” Cotton says. “So we tried it out the with two Barons in the Winter Build. And it was so successful, we were like, ‘This is really good’. This personal hatred relationship is really compelling. That they could remind you of the reason you’re doing this. Why you’re motivated to kill them.”

Helping players to understand the vile personalities of the Barons didn’t stop there, either. What also distinguishes the Barons as a different kind of Destiny villain is how vocal they are during missions. The Rifleman claims that after killing players he will “mount [their] Ghost on his wall” and “sell the shell to Spider.” The Trickster laughs as players fall for her traps and refers to the Guardian as “the minion of Cayde-6.”

The terrible beauty of these taunts is that players can’t respond. They must bite their tongue until they finally fight their way to the Baron. Then it’s time for them to dish out the pain. Oh, if only it were that easy… 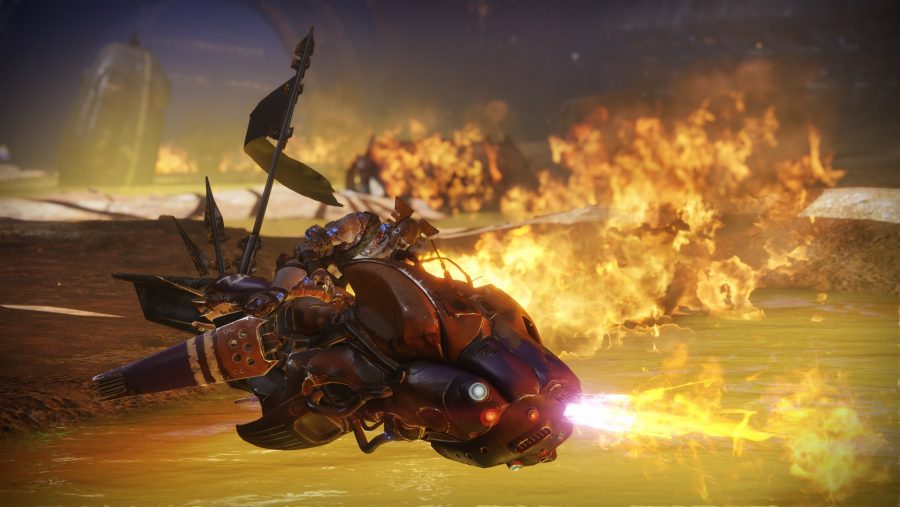 The Rider and The Rifleman

Bringing these foes down is easier said than done since every Baron is designed as a unique boss encounter. Kaniks, The Mad Bomber, tasks players with disabling mines, while Hiraks, The Mindbender, drags players into another realm of reality. Players aren’t the only ones to encounter hardship when faced with these Barons, however, as the ambitious design of a couple of them caused headaches for the developers.

The Rider encounter was especially difficult to craft since the entire encounter is a chase on the back of speeder bikes. “The core issues around her was the physical space,” Tieger recalls. Trying to find solutions to make The Rider work ended up in the team having “at least three physical layouts” for the encounter, and for a long time she “was on the cutting room floor.”

“We tried a number of things with that boss, as they relate to the space, basically rebuilt huge sections around her several times,” Tieger says. “We just couldn’t get it right. We tried a couple different weapon systems for her.” 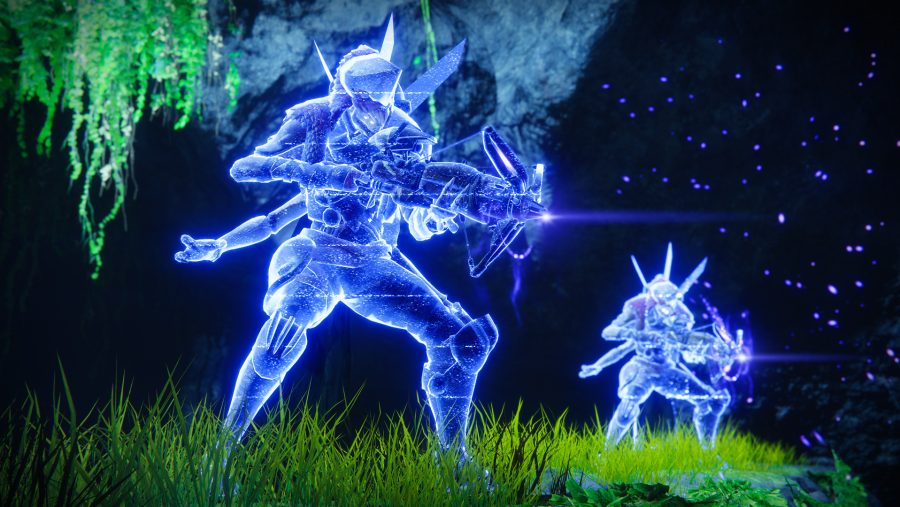 The team didn’t give up, obviously, and the result is a boss fight the likes of Destiny has never had before. For starters, players are faced with the question of how best to approach The Rider – on foot or in a vehicle?

The team had the opposite problem when designing the stand-off with Sekris, The Rifleman. Naturally, the battle was quickly conceived as a sniper battle, but it turned out to be too simple. “He was a sniper, and he would snipe you,” Tieger says. Bungie wanted to add more layers to the fight but testing different ideas with the standard sniper duel as a base wasn’t working out.

The solution was found in avoiding having the weapon define the entire antagonist. Instead, The Rifleman was given the ability to spawn clones of himself. “I think the clones that he had actually are what makes him so interesting,” Teiger says. “It’s not actually the fact that he’s got a sniper rifle.” 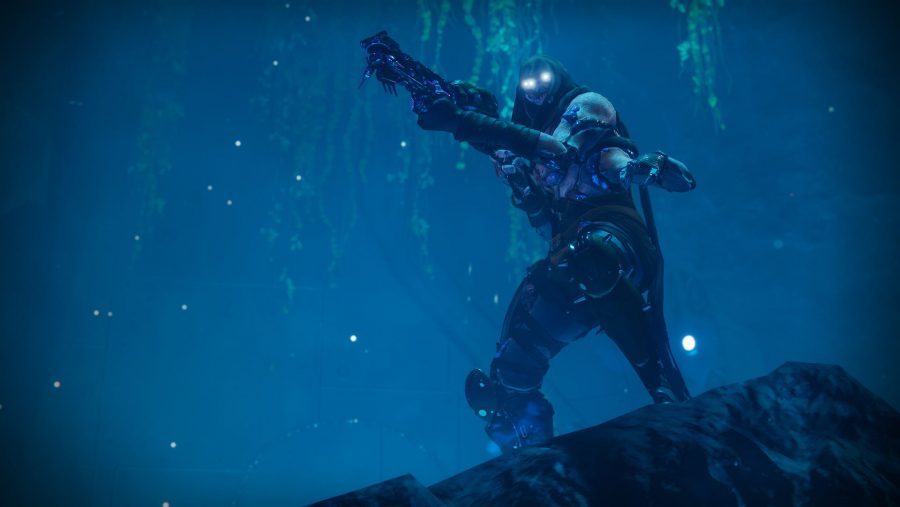 These boss fights aren’t confined to closed-off arenas scattered across the map. Instead, players occasionally encounter the Barons in The Tangled Shore, regardless if they’re hunting them or not.

While Bungie isn’t a stranger to incorporating story elements into play zones, High Moon took it a step further. “We were very excited about doing something that was, technically, kind of risky,” Tieger says. The team wanted to build parts of the Barons’ adventures in public areas. This presented a challenge because putting the bosses “in public bubbles, where other players can see you on that activity line, is potentially very problematic,” Tieger explains.

We'd never really done [public zone bosses] like that before

Enter The Trickster, a Baron who leaves behind fake, explosive engrams when some of her followers die. There were concerns about how other players would perceive these engrams since they could see them even if they weren’t doing the mission. “We’d never really done [public zone bosses] like that before,” Tieger says, “ other players can mess with what you’re doing or vice versa… so we spent a lot of time [working on it].”

High Moon Studios even implemented one of the Barons as a special boss that appears if you trigger the Heroic modifier. “The physical presence of the Machinist was just something that everybody was super passionate about,” Tieger says. However, this Baron wasn’t initially included in the Public Event.

Typically, the team starts with the “core theme” and “work towards the main part,” Tieger tells me. Once that’s done, the alternative Heroic version is developed, which is where The Machinist was introduced. Since the Scorn are all resurrected, including the Baron doesn’t technically produce any major plot holes in the campaign.

“It’s a great videogame technique that you can bring back full characters,” Tieger says. Even though she’s the only Baron who will appear during a Public Event, her massive size and unique weaponry makes fighting this adversary memorable, no matter how many times you stand toe to toe with her. 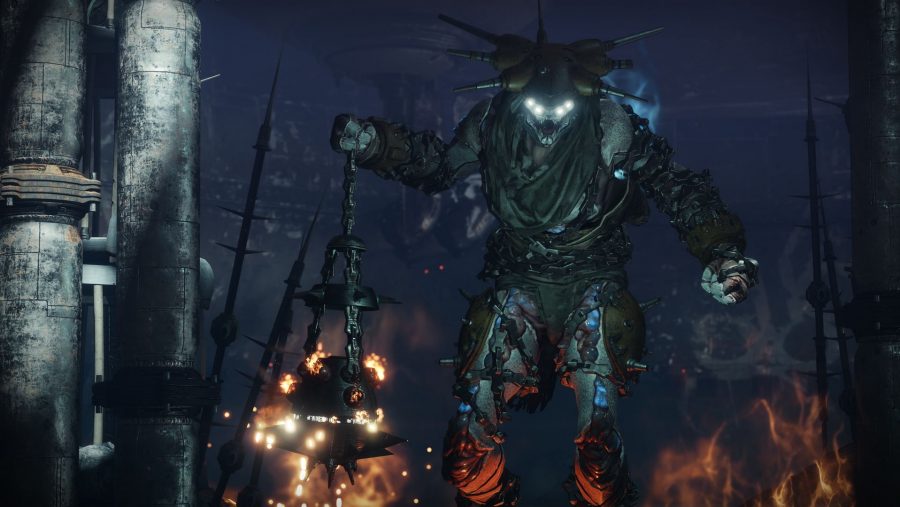 The one that got away

With eight Barons – plus the Forsaken’s main antagonist Uldren Sov – some of these bosses were destined for the background. With The Machinist and Fanatic getting their own missions – being the final two players take down – some of the other Barons get lost in all the chaos.

“The Hangman is one that I just felt had a really cool theme and actually wish we could have built a lot more around,” Tieger says. Unlike the other Barons, The Hangman doesn’t talk and therefore doesn’t taunt the player, so the majority of his story is told by your Ghost or through visuals.

There’s an entire ideology built around The Hangman that Forsaken rarely explores. His “hatred of Servitors” is raw and animalistic, which stands as a stark contrast to the other Barons who are at least composed. “I think we could have spent even more time on that particular Baron, because there’s some more depth to that one,” Tieger says.

With such strong personalities each of the Barons deserve to have their time displaying in front of players and getting into their heads. While there’s a slim chance the potential of The Hangman could be addressed in a future patch or content update, it’s only a small hope to cling onto. But Destiny players will be used to that.