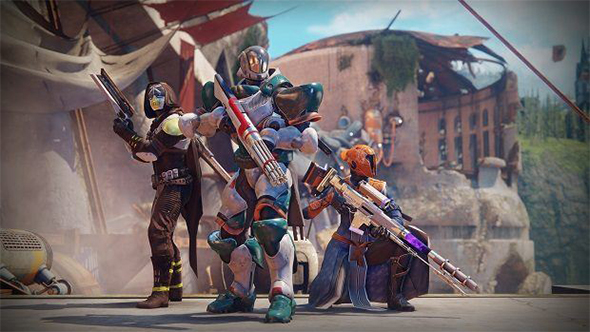 Bungie have updated Destiny 2’s development roadmap, and some of the new additions look mighty interesting. Clan text chat is finally – finally – coming to PC in July, along with an all-new seasonal event for the summer named Solstice of Heroes. Closer to hand, Crucible Labs will land in just under two weeks, and it sounds a lot like a PvP public testing environment.

The news comes via the latest Bungie update, and though it sounds exciting, it’s frustratingly light on detail. Of Crucible Labs, design lead Derek Carroll says the feature will give “every player of Destiny 2 access to experimental PvP content. We’ll then have a chance to solicit your feedback to guide our final iterations.”

For more massively multiplayer questing, check out the best MMOs on PC.

Balancing gear and maps is likely to be a key goal for Labs, especially as Destiny 2 rolls out ever crazier Exotic weapons and armour in line with player feedback. In the longer term, new game modes and formats in the fall expansion are not at all unlikely.

It also seems Labs won’t be exclusive to PC, as the PTR is in other Activision-Blizzard games such as Overwatch. That’s understandable because most of the Destiny 2 player base is on console, but we’re curious to see how cross-platform PvP balancing is going to work given how differently the game plays on PC and the roadblocks of console certification processes.

The Bungie updatealso announcesSolstice of Heroes in July – a brand new event for the Destiny series and a welcome one, since summer has tended to be a pretty dead period in the past.

Bounties and triumphs will also make a return. If you didn’t play the original, bounties were mini-quests that might task you to kill a number of enemies with a particular weapon or damage type, or take out so many Guardians in the Crucible with a particular ability. You could choose a few to accept, and they would pay out XP and faction rep. Since tokens are now your main source of rep, perhaps bounties will drop them or else complement them, providing a new way to level up with factions.

Triumphs were an end-of-year checklist of things to achieve in the game – things like finish the raid, finish a certain number of strikes, complete a Trials card – which unlocked tiers of increasingly impressive reward. At the top tier, you could acquire a real-life T-shirt (though you still had to pay for it) to commemorate your achievement in ‘completing’ a year of Destiny.