The Festival of the Lost is the Destiny universe’s Halloween. It’s an occasion where Earth’s Last City gets together to mourn and celebrate the dead, as well as dress up in spooky masks that grant powerful gameplay perks. In 2018 it makes its debut in Destiny 2, along with a new game mode (the Haunted Forest), which drops a new currency (Fragmented Souls), which can buy a new auto rifle (Horror Story) at the current power cap of 600.

That’s a mightily desirable reward, so naturally you’ll want to know how the event works and how you can get your very own Horror Story in the most efficient way possible. Fear not: our guide will tell you how to access and conquer the Haunted Forest, as well as lay out the festival’s best sources of Fragmented Souls.

A bit of trivia before we begin: the Festival of the Lost was Destiny’s first-ever seasonal event, coming to the original game in October 2015, just after its celebrated Taken King expansion. It brought with it the Eververse microtransactions store.

Destiny 2 Festival of the lost 2018 dates

Destiny 2 Festival of the Lost quests

Your first introduction to Festival of the Lost will be a milestone (remember them?) to go and see Amanda Holliday in the Tower. She’ll give you a silly but useful mask and send you on a short quest to clear out a couple of Lost Sectors on Io. Do this, and she’ll send you back to the Infinite Forest – now in its new, darkened guise as the Haunted Forest. That’s the core of the 2018 Festival and you’ll be playing it a lot – see below for a full guide on getting the most out of it. 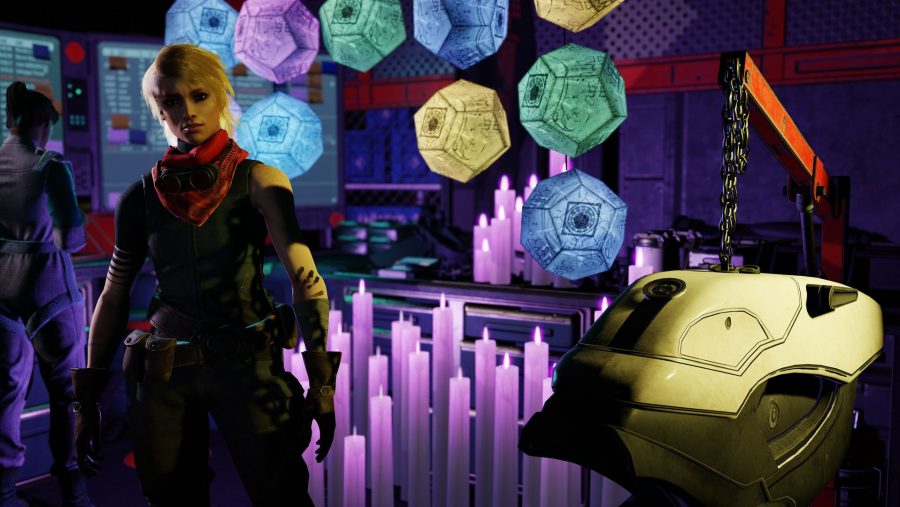 For the last week of the event, on October 30, a second quest line in which you’ll investigate the murder of Master Ives – former Cryptarch of the Reef – will begin.

Destiny 2 Festival of the Lost vendors

Once you’ve unlocked the Haunted Forest and completed your first, introductory run through it, you’ll unlock Amanda Holliday’s full festival inventory. Most of her wares will cost Fragmented Souls, the Festival of the Lost currency. They include:

Tess Everis is also stocking a range of new Festival of the Lost cosmetics over at Eververse. Their chief vehicle is the new Ephemeral Engram. You’ll be able to purchase these as usual, and you’ll also get one in addition to your usual Steadfast Engram whenever you level-up. Tess will also offer an Ephemeral Engram for free in exchange for completing occasional minor errands in the game, such as completing a challenge. 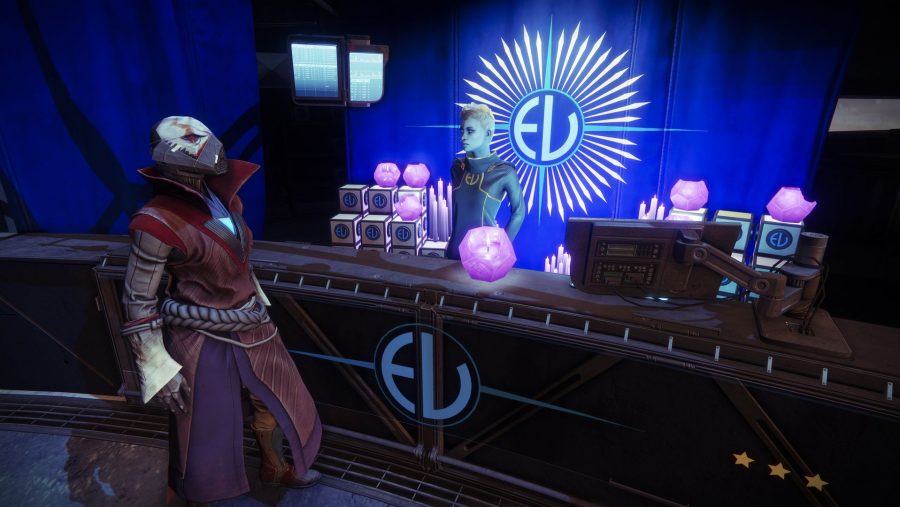 The Haunted Forest is at the core of 2018’s Festival of the Lost – a free event, lets all remember, that already looks like it’s going to make better use of this area than the premium Osiris DLC in which it was introduced. It’s had a dark and spooky facelift, but here’s how it works beyond the aesthetics.

The Haunted Forest is divided into ‘branches’. Each branch will throw lots and lots of mobs at you, which will include special elites called ‘Nightmares’. You get a total of 15 minutes to clear as many branches as possible, but do note your goal is not to progress, or to open gates. Your goal is to hit ‘100% Cleared’. You clear the stage by killing enemies:

Kill the Nightmare and the timer is paused. You can take a break here, and will only be sent to the next branch when you all group up on the Vex plate. When your 15 minutes are up, you are prevented from resurrecting teammates, but can keep fighting until everyone on your team is dead. 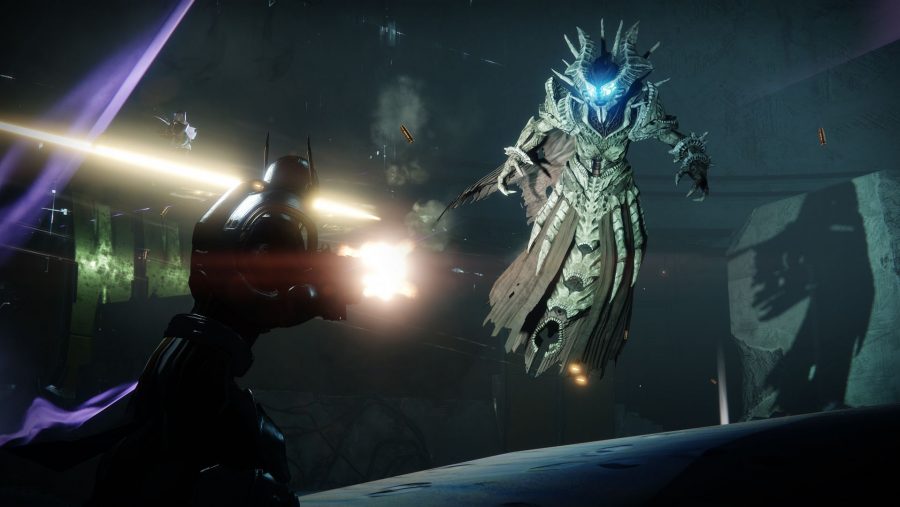 You’ll accrue negative modifiers as you go. Wingchild claims on Reddit that they are fixed at each level:

Each branch may have forking paths that will lead to treasure chests, which are guarded by mobs and will give between two and four Fragmented Souls. You should also note that an Ascendant Knight can potentially spawn any time, any place – he’s invulnerable, so just ignore him and run.

Completing branches of the Forest will award increasing numbers of Fragmented Souls – get as far as branch seven or eight, and you can expect as many as nine or ten Souls. 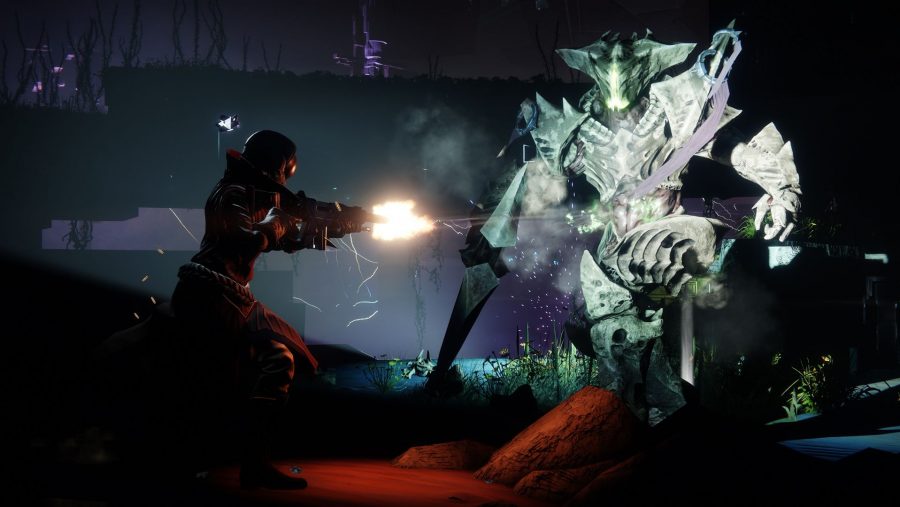 Now that you know how it works, here are a few handy tips for conquering the Haunted Forest and getting as deep as possible.

how to get Horror Story

Horror Story is the principal non-cosmetic reward of this year’s Festival of the Lost. As a 600-power Masterwork with a decent perk roll – including Zen Moment and Rampage – it’ll be a huge boost to your PvE game and your power levels if you’ve not had much time to raid yet. 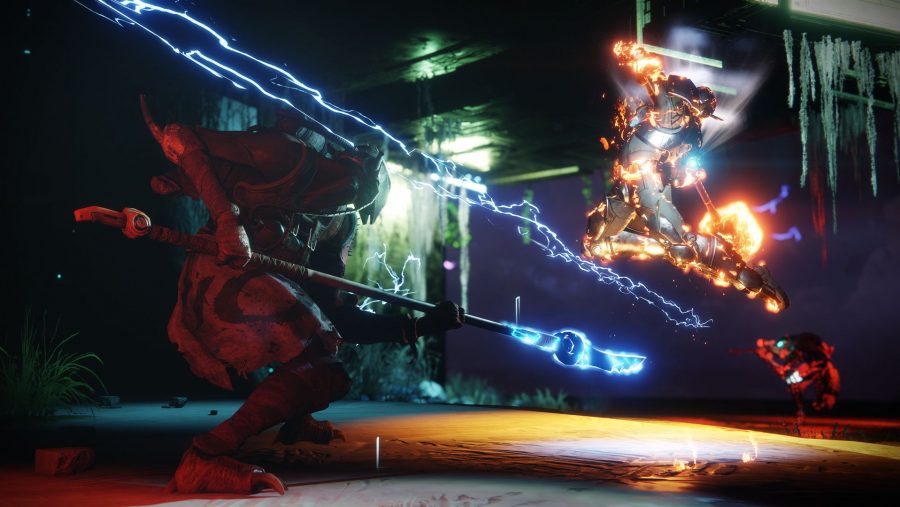 And there’s good news: despite what you may have read above, the grind probably isn’t all that bad, assuming you’re looking to have it by the end of the festival rather than the end of the first week. The rest of our guide has described the way the festival works, but we’ll lay out the most efficient sources of Fragmented Souls for you here:

Weekly bounties are the real prize, here. Assuming the bounties for weeks two and three drop the same rewards as for week one, and you can complete them all, you will have more than enough Souls for Horror Story by the end of the festival. Even missing one weekly bounty won’t take too much extra grinding to catch up, but missing two will probably make it a hell of a chore to get Horror Story.