Destiny 2 doesn’t really offer anything to make it stand out from the extensive library of multiplayer titles on PC. Much of its structure draws heavily from its Activision Blizzard stablemates, Diablo and World of Warcraft, while its shooter RPG strengths have lineage in Borderlands. But with Gambit, the new competitive mode arriving with the Forsaken expansion, Destiny 2 delivers something truly original. Indeed, while it won’t be the game’s headline feature, it could quietly be the best idea Bungie has realised through Destiny to date.

Gambit is a PvPvE mode in which two teams combat each other by… not fighting each other. Sort of. For the most part, both teams are racing to a finish line achieved by defeating a myriad of Destiny 2’s alien foes in a big arena. Upon being killed, enemies drop motes – a currency that can be stored in a big, vat-like bank at the centre of the map. Bank enough motes and you’ll summon a Prime Evil: a powerful boss that, when eventually killed, marks the end of the match. The first team to kill their Prime Evil wins. Simple.

But there’s more to the PvP elements of this mode than just racing your competitor to the end goal. You can interfere with the enemy team’s progress in a couple of ways. One is by summoning Blockers, which are shadowy Taken enemies that your opponents must defeat before they can bank any more motes. These are summoned by cashing in several motes in one go; the more motes, the more fearsome the Blocker you conjure.

This creates a fantastic sense of risk and reward: if you stay in the thick of combat you’ll build a huge collection of motes that can be slammed into the bank, giving a big boost to your Prime Evil progress bar, and also seriously messing with the enemy by forcing them to deal with a colossal Blocker. However, staying in combat to collect more motes places you at risk of dying, which immediately destroys all your unbanked motes for good. At every moment you need to assess not only your progress, but the enemy’s: is the competition so close that your team needs to bank every mote they get as soon as they’re picked up, or can you hold out a bit longer in order to cash in a mountain? 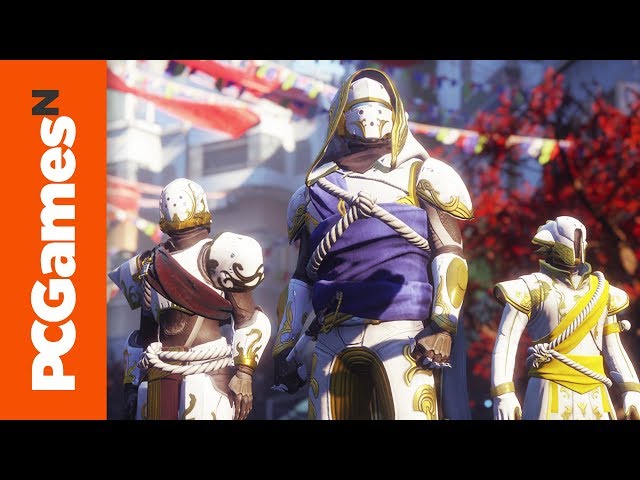 In addition to generating Blockers, there’s also the option of periodically invading the enemy’s arena and taking care of them yourself. This is where your Crucible training will come in handy, especially if you’re good in a clutch – only one person from your team can invade, so you’d best be prepared to have to battle a group of four human players. Start the invasion with a fully-charged Super bar and you should be golden…

With Gambit being largely PvE, it’s easy to see it as Destiny 2’s horde mode. After all, Bungie has previous experience with the setup in both Halo’s Firefight mode and an unhealthy amount of Destiny’s campaign missions. But that’s not what Gambit is. It’s far more mobile than a wave defence game, forcing teams to constantly move and split up in order to kill the foes they need to. It’s not about managing overwhelming odds, but outpacing the enemy team.

Were it simply two teams attempting to outscore each other, Gambit would be a great mode. But it’s the small interference provided by the PvP elements that really make the game stand out; the Gambit Special Sauce, if you will. Blockers provide unscripted difficulty spikes that are impossible to outplay, and can seriously mess up your momentum if the team doesn’t pull together to defeat them. 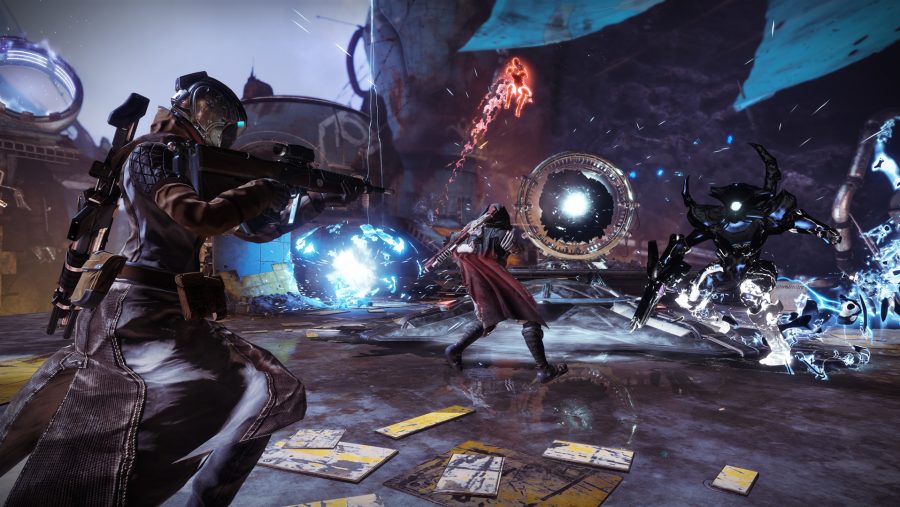 An invader is similar, but with an added level of threat: where a Blocker simply stands at the bank and prevents you from cashing in, an invading enemy player can hunt your team members down and specifically target those at the top of the scoreboard. When it’s neck and neck, there’s a real rush as your team scrambles to find a tactic. It’s a feeling drawn from other areas of the game – that rush is akin to reacting to the problems a raid throws at you, and repelling an invader is like extinguishing a dominating Crucible opponent – but the way these moments are constructed are unlike anything in Destiny 2.

Beyond that, Gamit is unlike anything in the wider FPS landscape. Games like Warframe and World of Warcraft have traditionally been the answer to multiplayer experiences that don’t demand high-tier skills for players to be successful, but there’s a void that lies between co-op PvE and competitive PvP that has never been filled, perhaps because no one thought it needed filling. Yet Gambit effortlessly proves that it did: adding a little competition to a PvE challenge laces it with just the right amount of pressure and rivalry to make the mode a thrilling addition to Destiny 2’s suite of activities. One that, for me at least, is about to become part of my regular week of multiplayer action.