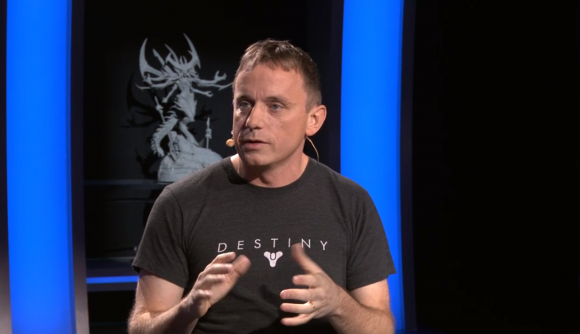 Destiny 2 will be free to download and keep – that’s right, keep, this is no trial – if you claim it on Battle.net before November 18.

The rather extraordinary giveaway was announced just now, ahead of BlizzCon 2018’s opening ceremony, by Steve Cotton, Destiny 2 game director at developer Bungie.

Hailing September’s well-received Forsaken expansion, Cotton says the game is in a much better state now than when it launched, and that “we saw a lot of new faces this year” come to Destiny 2. But for those of you who are still hesitant, there is now no barrier to jumping in and trying it out.

“Starting today through November 18, Destiny 2 is going to be free to all Battle.net players,” Cotton confirmed, and it’ll be free to keep once you’ve claimed it – you just need to grab it before the window shuts. Existing players will get an “exclusive in-game emblem”.

A free trial of Gambit, Forsaken’s excellent new PvEvP game mode, will also run from November 9 to 11 – that’ll be for those players who own Destiny 2 (or grab it through this giveaway) but haven’t jumped into Forsaken.

It’s a pretty surprising and generous move, but a cunning one, with the game in its best-ever condition and two major rivals – Anthem and the Division 2 – due to launch in the first quarter of next year. Between this and the relaunch of its refer-a-friend scheme, Bungie is clearly shoring up its playerbase.