Destiny 2: Forsaken finally brings an in-game lore tracker to the series – something fans have been wanting since the original game first launched back in 2014. Now, the new Triumphs tab offers a whole section on lore, letting you collect story notes and browse them from within the game itself in a proper codex.

Triumphs serve as a sort of in-game achievement system, and the new Triumphs tab highlights those items you’ve unlocked. There currently 67 Triumphs marked as “lore,” and these allow you to read bits of story in this menu as you complete certain actions in the game. Those are things like conversing with certain NPCs, progressing the story, or scanning stuff in the environment.

That should all sound very familiar if you’ve played any game with a codex in it, but it’s been a long time coming for Destiny. The original game had the Grimoire, but that was all out of the game itself, forcing you to external sources to get your lore fix. The idea with Destiny 2 was to provide that sort of story in-game, but up until this point we haven’t had a browser for it.

Here’s what it looks like, if you haven’t had a chance to dig in for yourself yet. 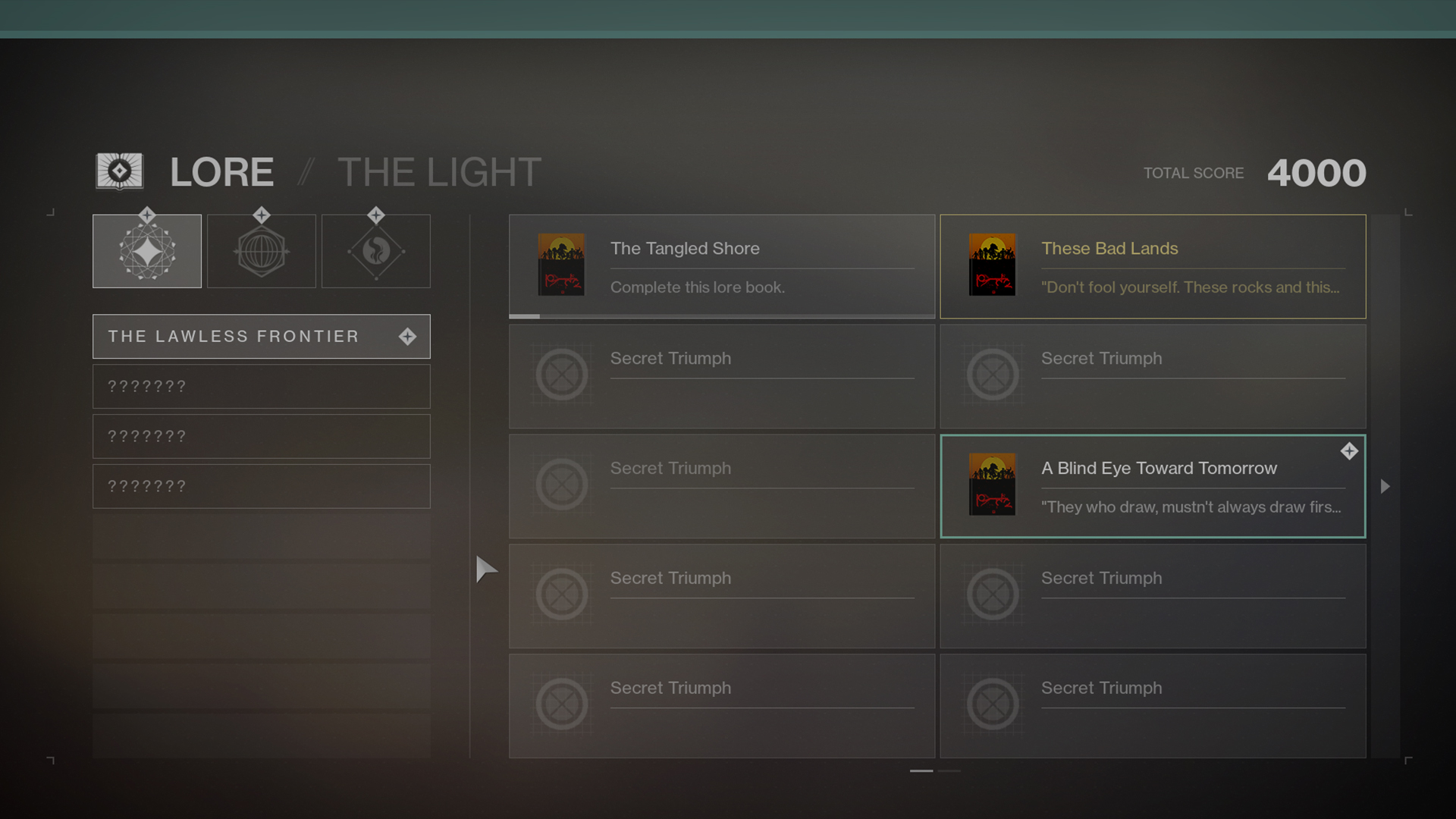 There’s plenty to discover in Destiny 2: Forsaken, and we’ve got afew guides to help get you there. Find out how to get Cayde’s gun, the Ace of Spades, or unlock The Dreaming City. We’ll be bringing you much more on the expansion as we discover it.