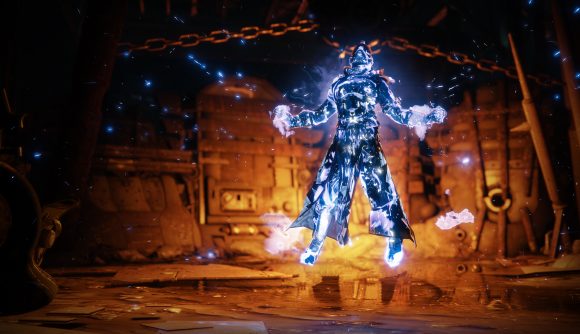 Last week, Bungie brought an ultra-tough challenge to Destiny 2 with Niobe Labs. It was supposed to be a struggle for the top percent of players to push against, but broader content for everyone was meant to be unlocked once it was completed. It was so difficult, however, that Bungie had to open up the new stuff anyway – and it turns out the challenge’s difficulty is partially because of a bug.

Niobe Labs was finally solved late last week, but not before the community banged its collective head against level seven for most of that time. As Destructoid reports, Bungie had to provide an extra hint – one apparently intended to be included in the game. On the official forums, Bungie writes that “Unfortunately, a string on Level 7 was improperly removed which would have provided additional information. In lieu of this missing piece of the puzzle, we are providing the clue below to help players on their quest to complete Niobe Labs once and for all.”

The clue itself probably isn’t so remarkable now that Niobe Labs has been completed, though exactly how it had been overlooked all week is another question. The fact that the latest seasonal content was supposed to be locked behind the challenge makes it all the more chagrining, though I suppose that’s a moot point since Bungie backed off the model.

There’s much bigger news for the game this week than a confusing challenge, since Bungie took Destiny and split from Activision.

I don’t mean frame rates: Check out the best FPS games on PC

Whether Destiny should cater to hardcore players or aim for a more casual experience has been a hotly debated topic for some time. It looks like we’ll find out what Bungie’s true vision for the series is in the relatively near future, for better or for worse.