Destiny 2 is bad at names. And by that I do not mean that one of its planets is called Titan and one of its classes is also called Titan, although that is unquestionably a bit thick. Rather, I mean: why does that big dumb orb get to be called The Traveler? It mostly hangs in one place, whereas I, Guardian about the galaxy, have seen more fireteam loading screens than The Traveler has dance emotes. I have been everywhere, which is to say: I have been to four planets, and now feel confident in ranking them worst to best. Carl Sagan would be proud.

Getting ready for PC launch? Here’s our Destiny 2 class guide. 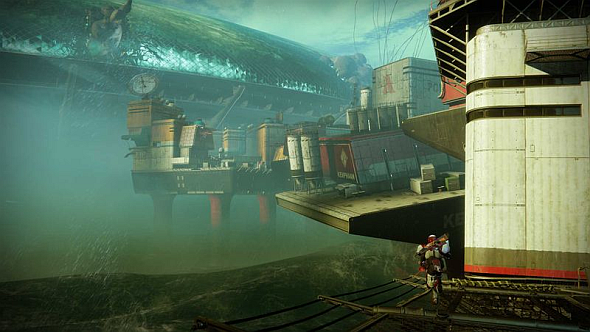 It is said that a wise man builds his house upon the rocks. There are no wise men on Titan. This moon of Saturn offers only a vast methane ocean, and the structures that rest above its ginormous waves are jumped-up oil rigs. If you played Uncharted 3’s ship graveyard section and thought, ‘Gosh, I wish this would just go on forever and ever, I hope to never see a forgotten city made of gold again’, then Titan is for you.

Listen: as a set of levels, it hits its mark. Titan makes good use of Destiny 2’s platforming potential, which comes into its own as you unlock your jumping abilities early in the campaign. And there is a Quakeiness to its chitin-armoured enemies, the Hive.

But, seriously, imagine living in a place that is essentially a giant metaphor for Zavala’s personal crisis in the wake of losing the Last City. He is, to use British parlance, throwing a wobbly. Do not humour him by staying here too long. Titan gets a 6/10 for overall loveliness. 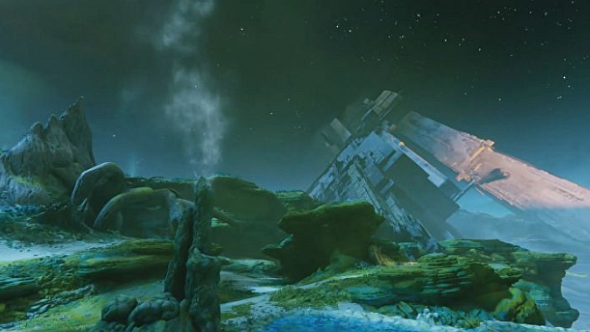 Io is good. If anyone tries to tell you Io is not good, they are either lying or trying to be cool about the fact that they now spend all their time trying to do that one Raid on a big spaceship.

Nope, this place is definitely pleasant to look at. Its plumes of steam are vaguely reminiscent of Iceland, only with the aurora borealis transplanted from the sky to the ground, painting the landscape in sulphuric greens and yellows.

Io is quiet, too. You would think its sacredness in the eyes of warlocks – rooted in the fact that the Traveler passed over Io on its way to Earth – would make this moon a tourism hotspot. A kind of craggy Mecca. But if you can stomach the Taken, you can pretty much pick your plot here. Even Ikora, who initially makes a big song and dance about refusing to leave, changes her mind within the space of a mission.

Perhaps she does so because Io’s most intriguing location – a sort of shattered glacier visible from the moment you touch down on its surface – is merely part of the background. Still: a solid 7/10. Good geysers. 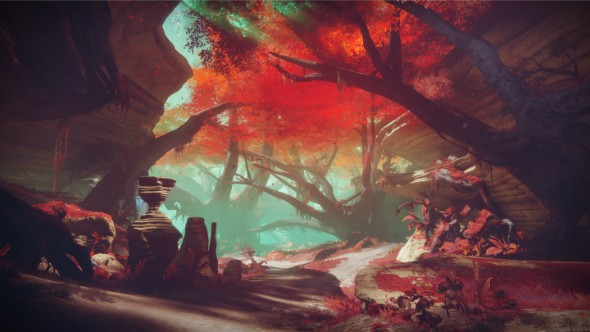 Yeah, Nessus shares some of the palette of No Man’s Sky. The foliage is red and the air is turquoise, or emerald if you want to be poetic about it. We all noticed, so let us just take a second to get it out of our systems. Cheers.

There is something unique going on here, after all. The loveliness of Nessus is derived particularly from its verdant, autumnal networks of tree branches, which weave strangely into the angular stonework cut by the Vex. In fact, the Vex seem to have treated the planet like an overlarge rockery, or the raw materials for a massive Rubik’s Cube. A lot of Nessus is consequently left looking like Deep Thought as depicted in the Hitchhiker’s Guide to the Galaxy film, and that is no bad thing.

The best bit of Nessus is probably the point where the cubes give way to thin air, and a waterfall cascades off the edge of what looks like a massive motherboard. Or should that be ‘cascaydes’? Right? Wrong. Sorry. You were right not to laugh.

Nessus gets a 9/10 for having an area called the Cistern and still managing not to be toilet. 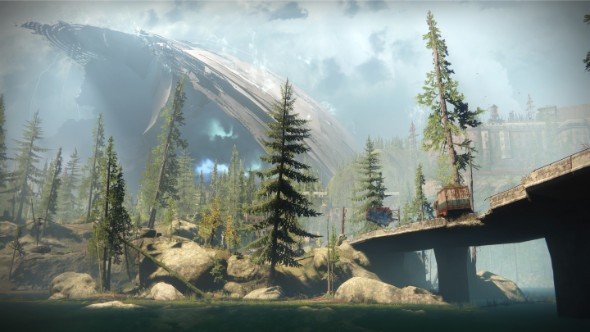 I know, I know: we already live on Earth. You might feel some small disappointment in searching the Solar System for loot, only to decide that Earth is the best place in it. But the EDZ is a site of astonishing, layered beauty.

If Nessus is about the juxtaposition of technology and nature, the EDZ sees nature taking back its rightful place after technology has left the building. There is something of Half-Life 2 art director Viktor Antonov’s trademark vibe to Bungie’s abandoned mid-to-eastern Europe. A sense of calm despite the endless Fallen encounters. And, everywhere, the shard of the Traveler looms majestically. It’s a reminder of what Bungie do best: bring a touch of magic to science fiction.

The EDZ looks like not only somewhere you could bear to live, but somewhere that has already been lived in. And it is for that reason that I am going to park my Destiny 2 character in a rusty shipping container somewhere in the Outskirts when I am finally finished with the game. 10/10, and a lesson for humanity: stay at home. It simply does not get better than Earth.