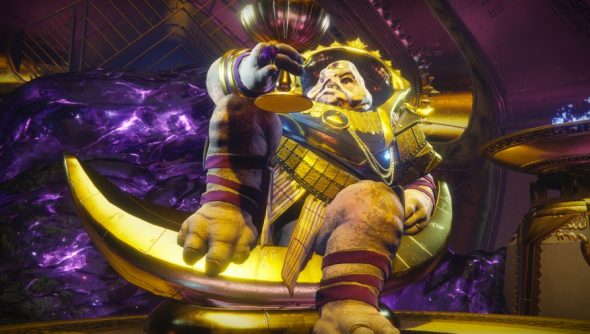 In a hefty edition of its weekly update, Destiny developer Bungie has announced Prestige versions for both the Spire of Stars and Eater of Worlds raid lairs. There are big changes in the Crucible too – Quickplay will be 6v6, and Rumble is coming back for good.

All this and more goes live on July 17 in update 1.2.3. Solstice of Heroes – a summer event that will be brand new to the Destiny universe – arrives two weeks later, on July 31. Which is a long way after the summer solstice in the northern hemisphere, but never mind.

For more epic co-operative adventures, check out the best MMOs on PC.

We’ll get a 400 Power raid weapon each time we complete all the encounters in a Prestige lair that week, and they’ll be drawn from the whole raid pool, not just the guns that drop in that particular lair. Each Prestige lair also has its own set of unique armour ornaments and an Exotic Masterwork catalyst that can only be found as a rare drop from that activity.

Limiting the 400 cap to specific endgame activities is a return to the way the system worked in the original Destiny, and a departure from the more casual-friendly Milestones system introduced in Destiny 2, under which you could attain max power without ever beating a raid.

Prestige raid lairs will shake things up with “a curated weapon suite” and “a global activity modifier” for each lair. In English, that means you may be required to use a particular loadout, and that there will be a cunning special rule thrown into the mix. Rather than act as a limitation, these modifiers are meant to be an advantage when you “lean into it.” The active modifer will change each week, and there will be three, one of which we’ve seen before: Prism.

There are big changes in the Crucible, too, with Quickplay moving to 6v6 and dropping Supremacy (personal sentiment: halle-frigging-lujah), which will instead be added to the weekly rotation. Rumble is also becoming a full-time playlist (again:halle-frigging-lujah).When it comes to Crucible ranking, loss streaks will be made less punishing to your Glory rank and will be capped at five. 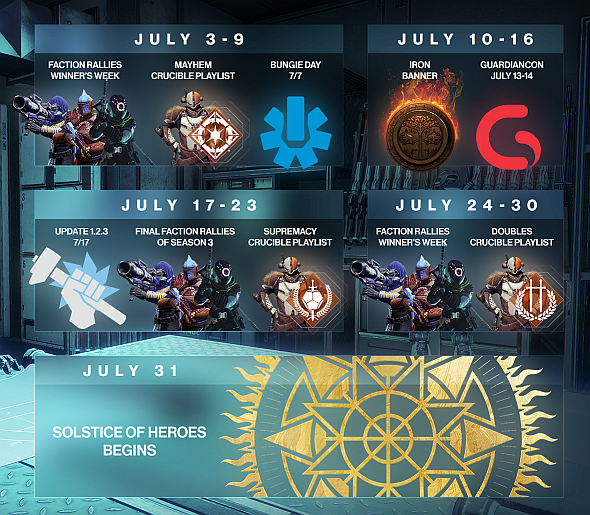 There’s plenty more in the weekly update about Iron Banner, Faction Rallies, and how Forsaken’s coming Collections system will work, so head to Bungie for more (though it’s all largely as you might expect).

As you can probably tell from my paranthesised reactions to the Crucible news, this is all pretty exciting, and definitely a step in the right direction if the end-goal is a Destiny 2 in which we are able to play how we want and are properly rewarded for doing so. The punitive nature of loss streaks has deterred me from grinding Glory and the risk of running into Supremacy has been enough to put me off Crucible at all, but I’m 100% in after the next update drops.

All this, of course, is just preamble to the big September expansion. For everything we know about that, including the Destiny 2 Forsaken release date (September 4), raid, weapon slot changes and more, hit that link.