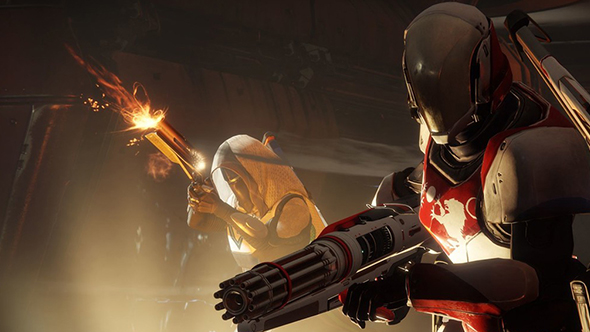 Yesterday, Bungie outlined their planned updates to Destiny 2 with a development roadmap, promising more details on the work they’re doing as time moves forward. The first set of details are here, as we now know a good bit of what to expect from the sandbox changes planned for the March 27 update, which the team is apparently now referring to as the “Go Fast Update.”

Stay up on all the changes with our Destiny 2 update tracker.

As you might expect from that name, there are plenty of speed buffs. Glides, Catapult, and Strafe Lift are all faster, the mobility stat has been retuned to be faster, and everyone’s ground speed cap has been increased to make them – you guessed it – faster. Supers will recharge faster for everyone, Arcstrider, Sentinel, and Striker are all accelerated and move at the same speed in their supers, and respawn timers across the board – from player deaths to ammo drops – are going down in PvP. You’ll even be getting power ammo drops from players you kill. There are also weapon rebalances intended to make shotguns, snipers, and fusion rifles more prevalent.

They’re also “fully” reverting the changes to Shoulder Charge that went in a few months ago. The nerf was intended to encourage using the ability in combat rather than for movement, as originally intended. “In retrospect, we think this change was a mistake and we’ve heard you all say the same. We believe there are a number of gameplay atoms like this that perform or are used differently than we expected but are thoroughly enjoyed nonetheless. In the future, we want to embrace the state of gameplay atoms like that and balance around it, not against it.”

The update notes that “Many of you have rightfully complained that Snipers flinch too hard when you’re taking hits, especially as they are now power weapons. We have dug into this and found that somewhere along the way towards shipping D2, we acquired a bug that is preventing us from being able to successfully tune this to the values that we would all like.” They’re working on an update to fix the issues, but say it “will take us a while to stomp out.”

Though they don’t have any specifics here, Bungie also note that they’re “continuing to evaluate” the game’s weapon slots, a fundamental change from the first game that’s reliably proven a point of contention among Destiny fans. They’ll be addressing their plans here in a future update.