Destiny 2’s big September expansion, Forsaken, has now released, and its early days have already proven the value of certain Exotics from the last year. Sleeper Simulant – a linear fusion rifle added in the Warmind DLC – is one such. Outside of Supers, a crit from this will do possibly the most single-shot damage in the game, making it a strong choice against bosses. It’s no slouch in PvP either, in that it can one-shot enemy Guardians even if you just graze their foot – and even if they’re in their Super. This utility, combined with its range and accuracy, has made it a mainstay in Forsaken’s new Gambit mode.

But even if that hasn’t sold you: consider that it’s just plain cool. A railgun-cum-laser built with Clovis Bray’s distinctive and gorgeous technology, Sleeper Simulant is one of the most impressive guns in the game, and has a unique behaviour. Best of all, the quest to acquire it isn’t even very challenging, especially now that Forsaken has enabled us all to reach power levels way beyond that of Warmind. The only problem is it’s a bit laborious, so we’re here to help make things easier.

How to get Sleeper simulant in Destiny 2

Our comprehensive guide to the Sleeper Simulant quest lays out each step, with some pointers to complete them. Read on for the fast track to one of Destiny 2’s most desirable guns.

Step one: complete the Warmind campaign

Completing Warmind’s campaign is a necessary first step toward unlocking several quests you’ll need for your Sleeper – as well as Forsaken, actually – so get on and do that. It’s only five missions.

After the Warmind campaign is wrapped up, check in with Ana Bray. She’ll give you two new missions: Legacy Code, and A Piece of the Past. Like most Destiny missions, these are neither difficult nor complicated. Turn them in and you’ll get given IKELOS_HC_V1.0.1 – a distinctive hand cannon in a set that also includes a sniper rifle, SMG, and shotgun. The other Ikelos guns can drop from the Escalation Protocol public event, and are pretty good – the shotgun in particular can do some of the best damage-per-second in the game if you can get close to a boss. 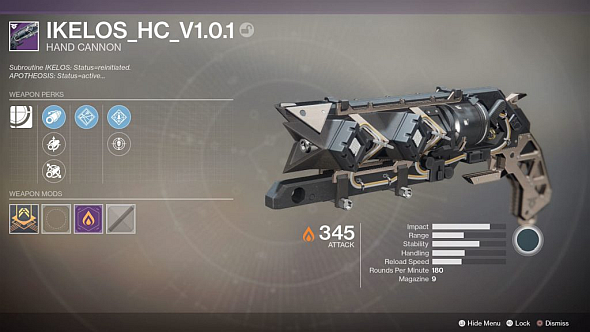 Getting the Ikelos hand cannon concludes Warmind’s story content, so check in with Ana again for several rewards. These will include the Violent Intel quest item, which will drop the Sleeper when you complete it.

The first step in Violent Intel is to kill Hive and Cabal enemies, but you must do it specifically on Mars, and specifically with an Ikelos weapon (you’ve got the hand cannon now, but the other three will also count towards your progress). You must also kill Cabal with precision shots.

It takes a laborious 300 kills of each type to complete this step, so best to farm Lost Sectors or public events for reliable prey. Forbes points out that you can run back and forth between a Lost Sector in the Futurescape and another in Glacial Drift for what sounds to us like an efficient grind. To check off another important step in the Sleeper quest at the same time, ensure you’ve got the Nascent Dawn quest active (see below), and do three patrol missions alongside your Lost Sectors. 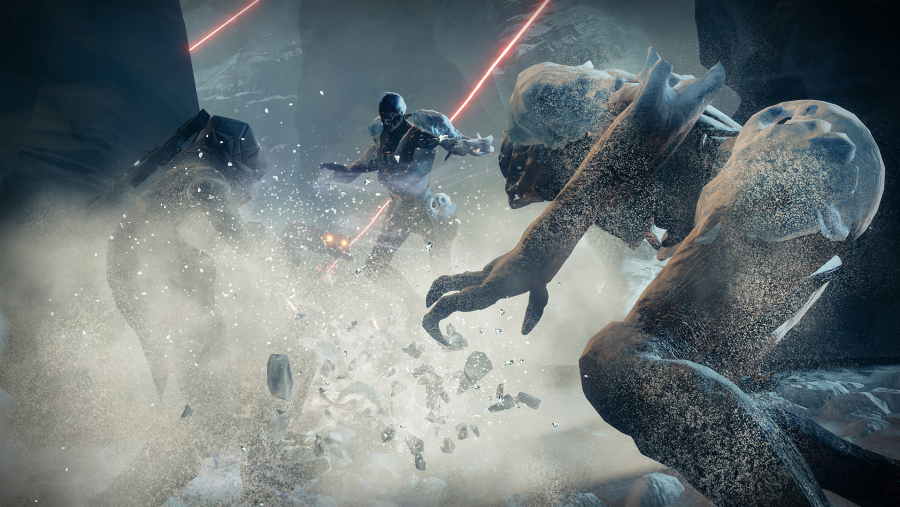 Similar deal: kill stronger enemies with an Ikelos gun equipped. ‘Stronger enemies’ means majors – baddies with amber health bars. Kills on any planet will count. Public events are a reliable and efficient source of these opponents, especially Heroic ones, so we suggest heading to the Tangled Shore or Dreaming City to complete some bounties at the same time.

Originally this step required you to complete five Heroic strikes with an Ikelos weapon equipped, and Heroic strikes are no longer A Thing in Forsaken. Fear not, though: the Vanguard strike playlist counts, even at 400 power. This makes this step much easier than it used to be – by the time you’ve beaten the Forsaken campaign, these strikes should be a piece of cake. Grab some bounties from Zavala to maximise the return on your time investment.

The penultimate step is to complete three waves of Mars’s Escalation Protocol public event, and to open 15 of the Sleeper Nodes you’ll find around the area – again, with an Ikelos weapon equipped.

The Escalation Protocol bit is relatively simple, especially now that Forsaken has made it easy to surpass its recommended power level. It’s still tricky to solo, but even one or two other players should suffice to complete the level one wave three times, which is all you need to do. Try reloading the area if you can’t find anyone to play with, and when you’ve got some company, initiate the event by interacting with one of the orange glowing plates. They will unfold into these towers: 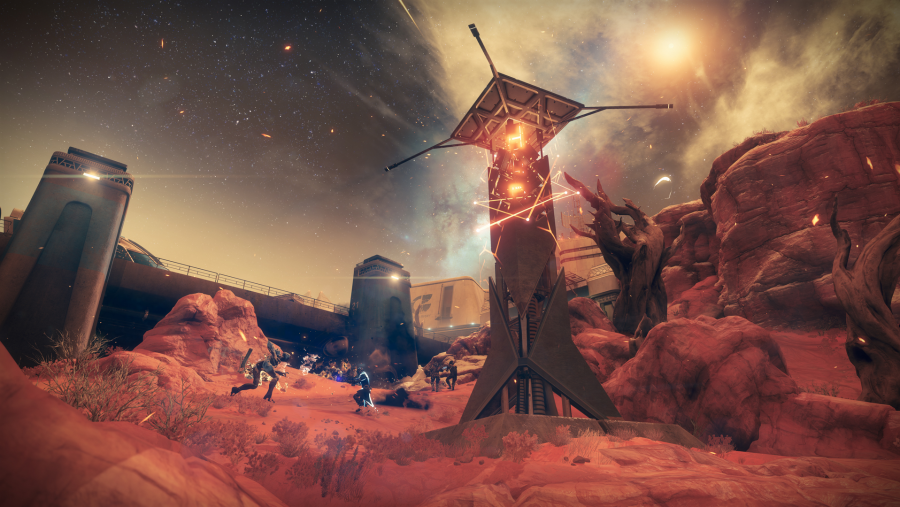 Opening Sleeper Nodes is much more laborious, but is not actually difficult. Sleeper Nodes are floating black octahedra scattered around Hellas Basin. There are 40 in total, each of which is linked to a specific ‘override frequency’. You can make an override frequency by combining four resonate stems, but first you need to unlock the ability to do that. Here’s how:

Step eight: Will of the Thousands

Finally – finally – you have to do the Will of the Thousands strike, again with an Ikelos gun equipped. Picking the normal version from your Director won’t work – look out for a particular instance of the strike to pop up at 360 power.

Complete this final step and you’ll get your Sleeper Simulant. Note, however, that it will drop at Warmind levels of power, and infusions appear to be limited to Warmind’s power cap. Pulling another copy out of the Collections menu is the best thing to do if you want to start blasting fools right away. 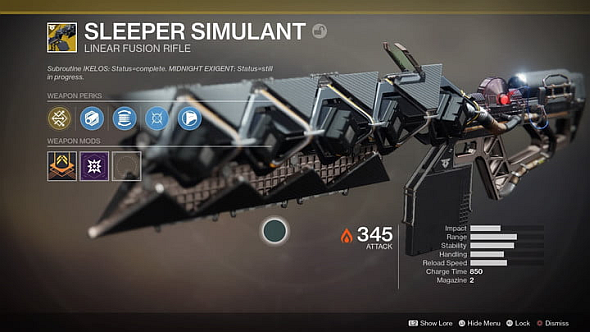 After all that, here’s your reward. Sleeper Simulant is a heavy linear fusion rifle that deals Solar damage. Its unique perk and trait are listed below.