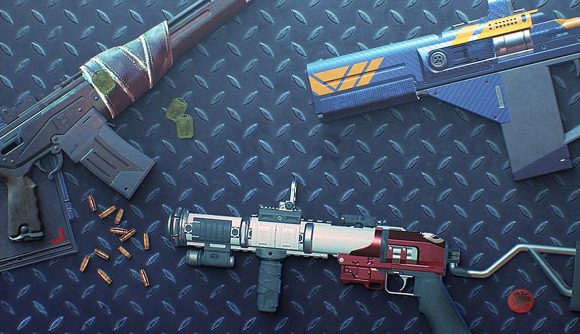 With Redrix’s Claymore in season three, Destiny 2 introduced a time-limited gun with unique and powerful perks that you would only earn after a big grind in competitive PvP. This precedent was followed by the hand cannon Not Forgotten in season four, which draws to a close today, and will be cemented in season five, with three new ‘pinnacle’ guns available across three different game modes.

For fans of PvE, the Vanguard’s pinnacle weapon is Loaded Question – a fusion rifle that deals extra damage and causes enemies to explode with the first blast of a fresh battery. If you prefer Destiny 2’s PvPvE mode, Gambit, you can pursue Breakneck. This is a new auto rifle that fires faster as you earn stacks of the Rampage perk, and will thus be amazing for add clearance.

The new PvP pinnacle weapon – and replacement for the highly desirable Not Forgotten – is more controversial. Likely named for a notorious PvP quest in the original Destiny, the Mountaintop is a grenade launcher whose rounds travel much faster than usual, and will fire in a straight line rather than a parabola.

Bungie says it created the Mountaintop because there aren’t enough grenade launchers in the game, which provided an opportunity to “add more variety to the mix of what you’ll use and have used against you.”

Your journey to The Mountaintop begins tomorrow.

Season of the Forge brings with it this new Crucible Pinnacle Weapon.

Grenade launchers are usually one-shot kills unless you miss wildly or select a sub-optimal perk. With its extra projectile speed and a direct trajectory, people are already damning the Mountaintop as a ‘noob tube’ when many in the competitive community had been calling out for a pinnacle weapon with a higher skill floor – ideally a sniper rifle. No doubt it’ll be fun to use, but having it used on you will be less enjoyable, as will the journey to attain it if indeed grenade launchers do flood the competitive playlist.

Incidentally, all these pinnacle weapons seem easier to earn than Not Forgotten, according to the requirements as posted in Bungie’s latest update. Breakneck – the one I’m most looking forward to – requires you to make 500 auto rifle kills, 100 auto rifle multikills, and beat 150 challenging enemies in Gambit, as well as complete 40 Gambit matches. Not technically difficult, and not even especially laborious when taken over the course of a full season.

The quests for these new guns will go live at 17:00 GMT today, when Destiny 2’s fifth season releases. Black Armory, its next DLC, will launch exactly one week later, on December 4.