I have never witnessed the Destiny 2 community come together like it did for The Whisper of the Worm quest – and I’ve played over 300 hours of Bungie’s sci-fi MMO shooter. It was the unexpected challenge required to obtain the Exotic sniper rifle that united the playerbase. Finally, experienced Guardians had something to sink their teeth into again, something to thrash around in their jaws and properly wrestle with.

Much like its predecessor, Destiny 2 has struggled to remain relevant during its first year. With two lukewarm DLCs and only a sprinkling of seasonal events there hasn’t been a ton of truly worthwhile post-game content. Even worse, outside of the raids and a singular world event, most activities posed no new threat to the game’s veterans. This was a big problem as Destiny 2’s most dedicated players were starting to fall away from the game.

Then The Whisper of the Worm challenge came along. It’s a hidden quest that revolves around completing a high-level mission in under 20 minutes. That’s much easier said than done since this level is long and requires jumping through a lot of hoops.

In order to secure the Exotic, Guardians have to traverse an elaborate jumping puzzle, slay rooms of Taken foes, and bring down three powerful bosses. Finishing the mission is the only way to get The Whisper of the Worm, and the challenge doesn’t end there: earning the Whisper unlocks the Heroic version of the level, whereby you can earn its Exotic Catalyst. 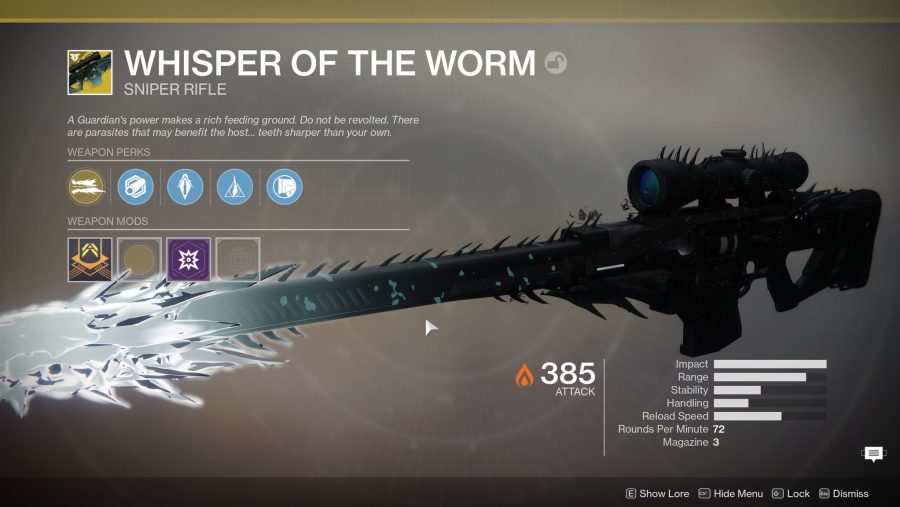 Though these types of missions existed in the first game, The Whisper marks the first real hidden quest of Destiny 2. There were no items given or obvious markers indicating where to start after it was added to the game in July 2018. This created a sense of organic discovery that has been sorely lacking from the sequel. Offering no idea of what to expect or even how to effectively complete this quest, Bungie was asking the community to take a leap of faith, together. What followed was an explosion of influencers, players, and various social media groups collaborating to find the best method of obtaining the sniper rifle.

Unlike raids or Escalation Protocol, the best methods were not determined by a small handful of streamers and hardcore players. The Whisper saw tons of players flooding the official Destiny Reddit with advice on how to conquer this quest’s various stages. It ranged from utilising shortcuts in the jumping puzzle to finding different ways to quickly eliminate waves of foes – the community rapidly dissected and analysed every inch of the level. This led to the remarkable discovery of an additional secret tucked away that unlocked blueprints for a ship and acted as a nostalgia trip for original Destiny players. 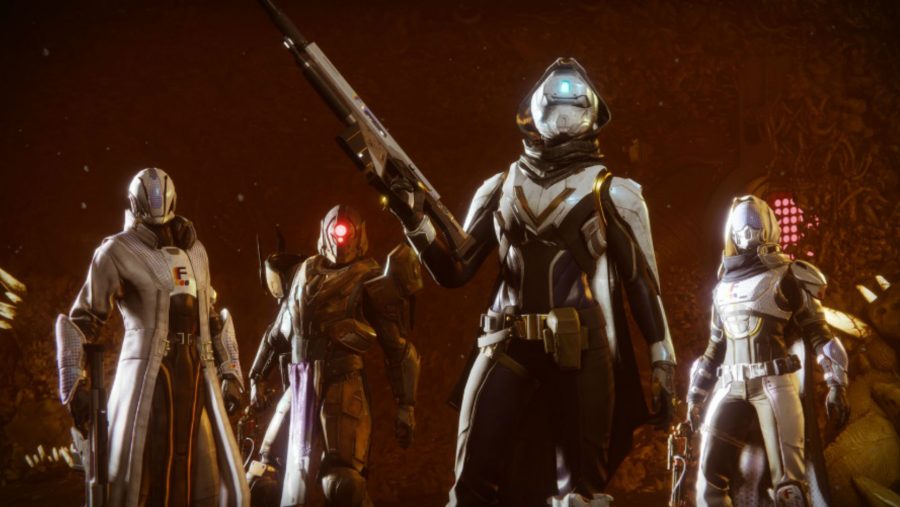 What separates The Whisper’s quest from everything else in Destiny 2 is the sense of fellowship the activity instilled. No one knew how long the mission was going to be available, so players worked night and day, trying to extract every bit of knowledge possible. It was a massive undertaking that caused many users to flood the various Destiny 2 LFG websites seeking assistance. For veterans, this kind of activity isn’t a big surprise since Bungie is no stranger to hiding Exotic items. However, for the PC community, who lack experience with the first Destiny, this was a brief moment that highlighted what makes this game so special.

With major titles like Fortnite, PUBG, and Warframe dominating the PC market, Bungie needs to continue to offer special moments that help to bring the community on its newest platform together. It’s no secret that this game can get very tedious, very quickly, due to the excessive grinding and unrewarding progression system. You can only run the same raids or complete the same public events so many times before getting fed up and needing to move on to something different. In order to alleviate this, Destiny 2 will need more secret missions and events that challenge the entire community.