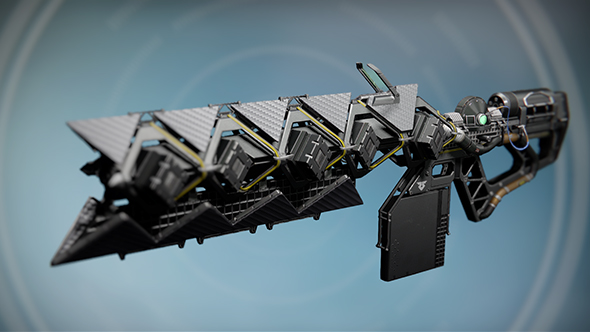 Warmind has gone live in Destiny 2, bringing new missions, areas, and plenty more to the game. Of course, that means new weapons, including some that might seem familiar to long-time Destiny players. One of those weapons is the Sleeper Simulant, a fan favourite first introduced in the Taken King expansion which has made its triumphant return in D2.

For more, check out our full guide to Destiny 2 Exotic weapons. 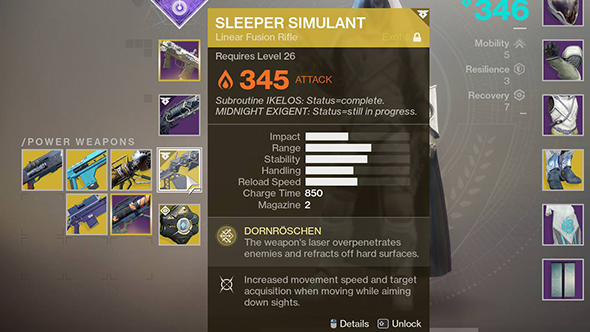 As per early achievers on Reddit, the Sleeper Simulant is an Exotic weapon (obviously), now classified as a linear fusion rifle. Like its prior incarnation, its laser overpenetrates enemies and reflects off of hard surfaces, but it’s gained a new perk granting increased movement speed and aim assist when aiming down sights. The original Sleeper was the only fusion rifle that could score a headshot, and it dealt crushing damage when it did so. Sadly, it looks like its new version has only two rounds in the chamber rather than three, which will hurt its ADS if all else remains equal. Here’s hoping it can find a role in the Warmind expansion.

There are quite a few steps to unlocking it, but they’re all pretty self-explanatory once you’re on the path. After completing the campaign, finishing the missions Legacy Code and A Piece of the Past will reward you with a new hand cannon. This unlocks a new mission from Ana Bray called Violent Intel, setting you on the path to the new weapon. Here’s what you’ll need to do – most of it will require your new Ikelos hand cannon to be equipped.

Once all that’s done, the Sleeper Simulant will be yours, a powerful tool to take into your further Destiny exploits.