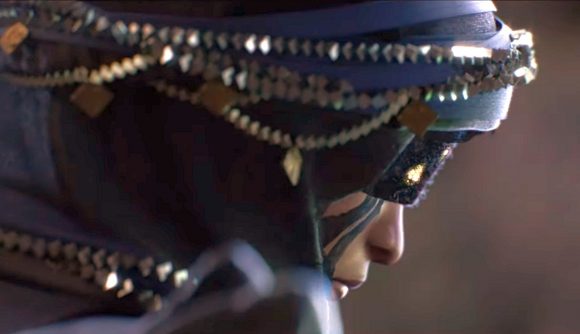 December 23, 2019 Bungie had a host of “obvious” reasons for choosing Steam over Epic.

When Bungie broke with Activision and it became clear that Destiny 2 would no longer be on Battle.net, there was a bit of apprehension that it would head to the Epic Games Store – something game director Luke Smith was happy to tease with the promise of a “epic partner,” which turned out to be Steam. Bungie says the reasons to pick Valve’s platform were obvious.

“We consider just about everything, but we made the decision to go with Steam for all the obvious reasons,” Bungie’s David ‘DeeJ’ Dague tells us. “Steam has a large and faithful install base. We have great access to some of the people at Valve, because we’re right there in the same industry community in Bellevue, WA. And we just figured it would be a good way to welcome a lot of new players into our community.”

DeeJ also told us about how we’ve still got a wait ahead for the Destiny 3 release date, and that maybe Hunters aren’t so bad after all.

At E3, Destiny 2 General Manager Mark Noseworthy said “we’re not tied to Steam exclusively. This is about where we’re moving this year, and we do want Destiny to be a game where you can play anytime anywhere with your friends, and be able to find it in multiple places, so it’s totally conceivable that some day we’d be on the Epic Games Store and other launchers in different regions”. He added “but it made sense for us to do that this year with Steam.”

This suggestion about the game potentially heading to other platforms like Epic “some day” seems to indicate that the studio has plans to make the game as accessible as possible – and non-exclusivity could be a big part of that.