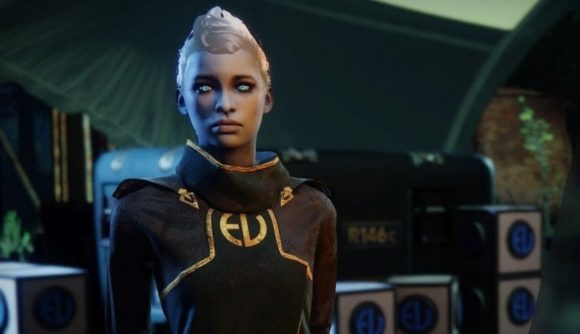 Bungie plans a big rebalance of where you get your rewards in Year 4 of its take on multiplayer games. Destiny 2‘s Eververse shop has always been controversial, and it’s only gotten more contentious in recent times – Bungie is aware, and has a variety of plans in mind for you to get more cool stuff without the Eververse. Those include a transmogrification option and better rewards for in-game activities.

Transmog will debut “sometime during Year 4”, the devs say in the latest This Week At Bungie blog. It’ll allow you to turn your existing armour into universal ornaments with real-money or a currently-unspecified amount of “in-game effort”. The feature is still in the early stages, so the details are up in the air.

Each Season will also now bring an aspirational pursuit for armour which is not tied to the Eververse or the season pass. “We haven’t done this consistently in Destiny 2”, Bungie says. Additionally, all Aspirational Activities – stuff like raids and dungeons – will “reward players with power, items, and vanity”. Every such activity will have “at least one accessory to pursue”.

Season 12 will see Eververse drop cosmetics themed to those Aspirational Activities – in response to what happened with the Red Keep cosmetics. You’ll still be able to buy cosmetics, of course, but when there are options themed to major activities, they will be delivered through those activities.

You’re also getting an easier path to Bright Dust – you’ll be getting account-wide ways to earn the currency instead of character-specific ones. “This change is geared toward giving one-character players significantly more Bright Dust than they earn today”, Bungie says.