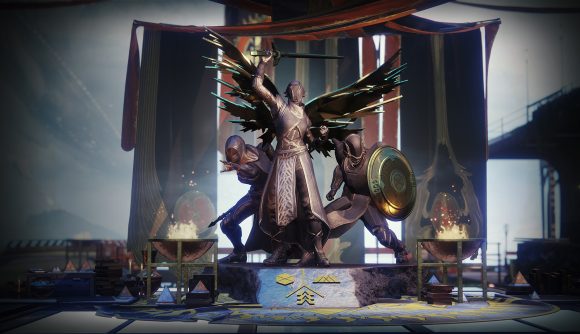 Destiny 2‘s Solstice armour looks beautiful but, my word, is it a slog to level up. That’s why players were all too keen to take advantage of what they thought was a bug to speed the levelling process up. The way it works is pretty simple. If you have a certain level of progression on your main character, your second guardian will level up their Solstice armour faster.

The thing is, though, it’s not a bug at all. Destiny 2 community manager dmg04 checked with Destiny 2’s development team and confirms it is, indeed, intended. He also offers extra detail on how it works. “Obtaining the final legendary armour set (magnificent) on a class will add +1x to the other classes on an account finishing the rare (renewed) and legendary tier 1 (majestic) armour objectives,” reads dmg’s response from a Destiny 2 dev. “So 2x once one class has obtained the final armour set and 3x once two classes have obtained the final armour set.”

If you’ve been out of the loop, here’s how levelling up Destiny 2’s Solstice of Heroes armour works. You’re given a blue-tier set of gear at the beginning of the Solstice of Heroes event and have to complete objectives inside and outside of the event-exclusive EAZ mode to level it up.

The Destiny 2 Beyond Light release date isn’t here quite yet, so grinding this armour is something to do in the meantime. Once the expansion does land you should be able to apply the amour’s appearance to other bits of gear by using the new transmog system.

Re: Doubled progress on alt characters, checked with the team…

“That’s correct. Obtaining the final legendary armor set (magnificent) on a class will add +1x to the other classes on an account finishing the rare (renewed) and legendary tier 1 (majestic) armor objectives.”

If you’re weighing up which one of Destiny 2’s classes you want to start with, our guide may point you in the right direction. If you want to create a Destiny 2 build to help you play as good as you look, then we got you covered there, too.