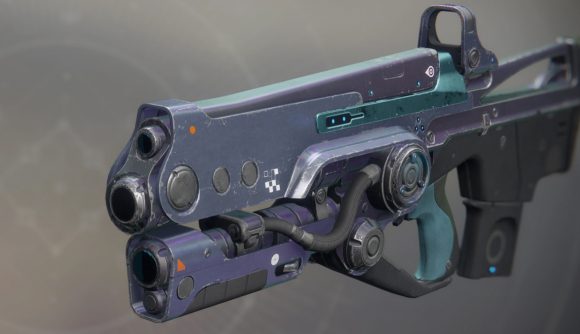 Hard Light used to be one of Destiny 2‘s most infamously-terrible guns. Now, it’s dominating PvP, just as the ultra-competitive Trials of Osiris mode comes back into weekly rotation. Some players are calling for Hard Light nerfs, to the point where Bungie’s even responding with an appropriate amount of bemused befuddlement.

“Nerf Hard Light,” Bungie community manager dmg04 tweets. “Words I thought I’d never see.” Hard Light always had a rough time competing against other auto rifles because of its extreme screen shake effects, but it’s actually been in a solid place since a buff earlier this year, which reduced the camera shake and made the weapon much easier to aim.

The launch of Season of the Worthy brought a set of buffs to auto rifle damage in general, including Exotics – and over the past few days, that has pushed Hard Light into a position where it’s dominating PvP. In turn, that’s pushed a vocal segment of players into calling for nerfs on what was once a joke of a weapon in Destiny 2.

Words I thought I'd never see.

If you’re looking for more on Destiny 2 Trials of Osiris, you can follow that link for a big breakdown of what to expect from the returning mode – whether you’re jumping in for the first time or coming back as a Trials veteran.