Want to know how to get the Lament Exotic sword in Destiny 2? Now that the Beyond Light update is here, and the Deep Stone Crypt raid has been completed, there are three new Destiny 2 Beyond Light Exotics available to obtain – the Eyes of Tomorrow, the Cloudstrike, and the Lament.

The Lament is one of the three you don’t need to beat the raid to obtain, though there’s a series of missions you must complete. There’s a list of steps below, but it mostly involves slicing your way through Vex on Europa in order to prove you’re worthy of wielding a giant chainsaw-sword. Chainsword? Either way, it’s more than worth the hour-or so it takes to progress through the quests to get your hands on the Lament – it’s one of the best swords in the game, if not the best, thanks to its unique perks.

We’ve listed all the Lament’s perks below, for the curious – safe to say, though, this thing’s a beast. Before you read on, take note: there will be Destiny 2 spoilers ahead – don’t say we didn’t warn you. Without further ado, then – here are all the steps you’ll need to take in order to obtain the Lament Exotic Sword. 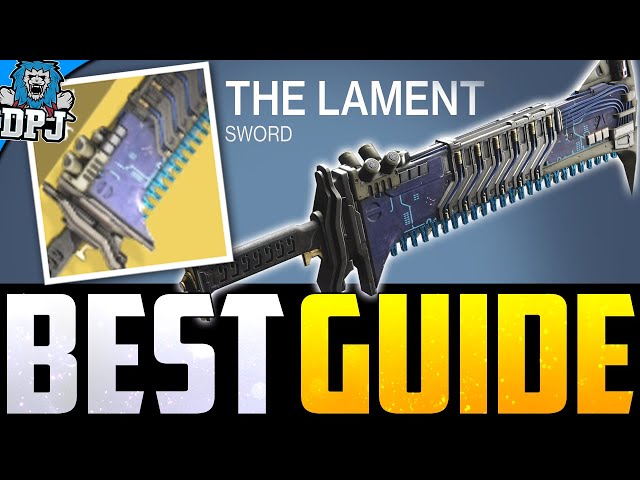 How to get the Lament Exotic in Destiny 2

That’s everything you need to know about the Lament – if you’re on the lookout for more Destiny 2 guides, take a look at our Destiny 2 Entropic Shards guide, or where to find Destiny 2 Perdition.