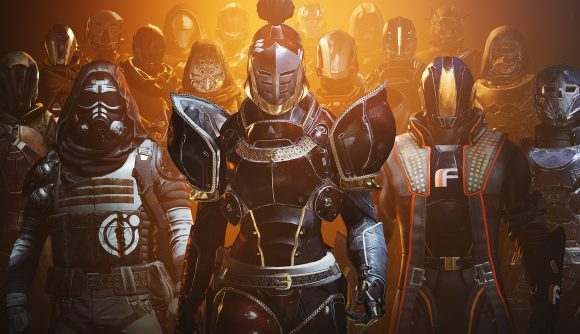 Destiny 2 is doing away with paid loot boxes in Season of the Worthy. Bright Engrams, which players could purchase with the microtransaction-based silver currency, will no longer be available in the Eververse store once the season begins March 10.

Bright Engrams – Destiny’s version of loot boxes – can be decoded into various random cosmetic items, which include shaders, weapon ornaments, Sparrow designs, Ghost shells, ships, and armours. You receive them when you fill your experience meter or level up, and you’ll still be able to get them this way when Season of the Worthy begins. But you won’t be able to buy them from Tess Everis, as Bungie has decided to rework the way cosmetics are sold.

“We want players to know what something costs before they buy it,” Destiny 2 game director Luke Smith wrote in the February 2020 Director’s Cut. “Bright Engrams don’t live up to that principle so we will no longer be selling them on the Eververse Store, though they will/ still appear on the free track of the Season Pass.”

Once Season of the Worthy begins, you’ll be able to check in at the Eververse Store every day for a new selection of ships, Sparrows, Ghosts, and finishers from previous seasons. These you’ll be able to purchase directly using silver, and they’ll be discounted from their original price.

The latest This Week at Bungie also details some coming buffs and nerfs to a few troublesome pieces of gear. The Hunter’s Orpheus Rig is getting another nerf, with the maximum amount of super energy you can regain from a single Shadowshot usage capped at 50%.

The Titan’s Mk. 44 Stand Asides is getting the delay between the start of a sprint and the overshield activating reduced to 0.5 seconds, down from 1.25 seconds – our resident Destiny 2 expert Rich says this will make Titans even more annoying in Crucible play. However, the Titan’s One-Eyed Mask is having its target marking ability replaced with target highlighting, which means Titans will no longer be able to detect enemies through walls. The damage bonus from killing a marked target has also been removed, but the overshield you gain from defeating a marked target has been restored, although now it lasts six seconds rather than eight.

For Warlocks, the most interesting gear change may be the total redesign of Sanguine Alchemy – it has a new perk called Blood Magic that allows Warlocks to pause the countdown timer of any rift they’re standing in by getting kills.

The patch also addresses a few performance issues, and should provide better framerates in Gambit and Gambit Prime and generally better performance when there’s a lot of debris lying around.