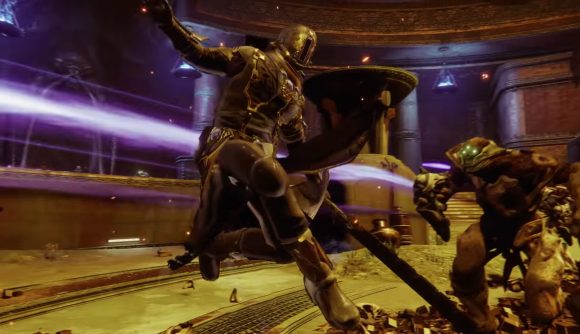 Destiny 2’s Season of Opulence officially opens up on June 4, and today Bungie has provided some details on what to expect. The headline addition is a new, six-player matchmade activity called Menagerie, which will let you choose what gear you earn. Naturally, there’s also new gear, new quests, and a new raid to undertake.

When the season opens on June 4, you’ll get access to the Chalice of Opulence. Completing the Menagerie activity will let you use the Chalice to create runes in exchange for the armour and weapons you want to earn. You’ll also upgrade the Chalice over time for access to more and better loot.

You’ll be able to access the Menagerie as long as you’ve completed the Forsaken campaign, and an Imperial Summons quest will give you a power boost to 690 so you’re sure to be ready. More bosses will be added to the Menagerie on June 11 and 18, and a heroic version of the mode will be added on June 25. While the standard Menagerie is open to matchmaking, the heroic version will require you to bring your own fireteam.

Check out a hint of the Menagerie in action below.

June 4 will also see the launch of Crown of Sorrow, the new raid set on the Leviathan.

The full roadmap also shows a pair of new exotic quests – the Truth rocket launcher returns from Destiny 1 starting June 11, and a new Lumina hand cannon comes to us on July 2.