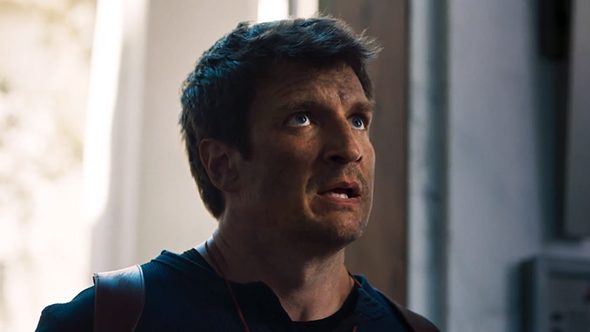 Beloved nerd culture actor Nathan Fillion, alumnus of Firefly and Buffy the Vampire Slayer, says he doesn’t think his character in Destiny 2 is really going to die in the game’s coming expansion, Forsaken.

Speaking with Kotaku’s ‘Splitscreen’ podcast about the (excellent) unofficial Uncharted film he released yesterday, Fillion says: “How do I feel about Cayde-6? I absolutely love him. How do I feel about that character dying? I don’t personally believe it. He’s a Guardian. He should be able to come back. I mean, that’s their whole thing, they come back, right? The whole thing is the resurrection.”

For more to keep you busy until Forsaken, check out the best MMOs on PC.

Cayde-6 is shot (with his own hand cannon, no less) by Prince Uldren of the Reef during the Forsaken story trailer, and Uldren clearly shoots his Ghost first, theoretically taking resurrection off the table. Confirming this, Bungie has told PC Gamer that the death is permanent.

Kotaku pointed this out to Fillion, who said in response “in that case, my go-to would be, I’m really excited to work with Activision again and do the prequel of how we get to Caydes 1 through 5,” he said. “Cayde-6 prequel. That’s what we need to start talking about right now.”

Fillion doesn’t appear in Forsaken – he was too busy to return and voice the character. Instead, the multitalented Nolan North does an uncanny impression.

“Unfortunately, sometimes these things don’t work out,” Fillion says. “It’s a little bit heartbreaking, but if it has to go to somebody else, thank God it goes to someone who I absolutely love, and the fans love too. The character was in very good hands.”

Here’s the story at Kotaku – Fillion’s comments start at around six minutes. Click here if you missed his brilliant Uncharted film, and for everything you need to know about Bungie’s latest big expansion, including the Destiny 2: Forsaken release date (September 4) and more, hit that link.

Personally, I agree with Collin that Cayde-6 needs to dieto show that the Destiny universe has stakes – and I say this as a big fan of the character, and of Nathan Fillion’s irresistible performance. But although I and most of the community love him – as the floral tributes at this year’s E3 showed – we’ve been dealing with the same cast since 2014. A fair amount has occurred in the Destiny story, but the only tangible impact on the game has been: we’ve got a new Tower. Oh, also the Speaker died. I nearly forgot that, which gives you an idea of how impactful it was.

Perhaps the ideal outcome might be if Cayde were unexpectedly saved or resurrected, and someone more boring – but equally important – were to die for good.