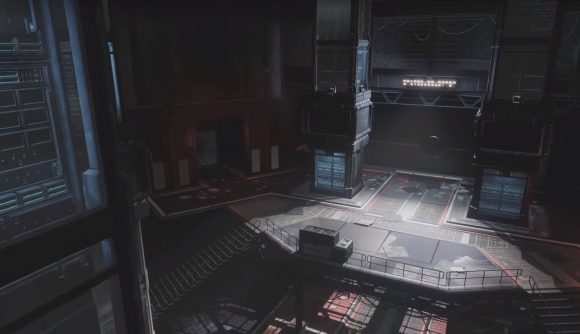 It’s been a couple days since Bungie took pity on players frustrated by the arcane puzzles required to access the Bergusia Forge and opened it up to everyone, despite the fact that Niobe Labs had not yet been successfully navigated. Now, thanks to the help of a dedicated community of puzzle-solvers, one intrepid fireteam has made it through the Labs.

Twitch streamer xGladd, along with players CrushTy and Gsxrclyde, followed clues and suggestions from viewers and r/raidsecrets to work out how to bypass Niobe Labs’ seventh level, which had the Destiny community stumped since it appeared last week. By a wide margin, it’s been the puzzle that’s taken Destiny players the longest to solve.

The entrance to Niobe Labs is located in the EDZ’s Outskirts area, and someone solving it was initially a requirement for access to the Black Armory’s third forge, Bergusia. But the raid’s complex rules and codes proved to be more challenging than Bungie anticipated, and so it opened Bergusia Forge up to everyone January 9. However, the Labs remained available for fireteams to attempt, and now, xGladd’s team has done it.

You can watch the full Niobe Labs run in this video, which of course is full of spoilers:


xGladd (whose real name is Sean) posted a reply in the Destiny subreddit, on a post congratulating his team on their win.

“Would really like to emphasize where the credit is due here,” he wrote. “The entire community has been working nonstop since the launch of the Labs. Between Reddit’s Raid Secrets (amazing minds and puzzle solvers), Twitch chats, content creators, clanmates, and friends from all over the community.”

Better together: Destiny 2 is one of the best co-op games on PC

He was effusive about the community coordination went into solving Niobe’s puzzles, and he declined to take full credit for World’s First.

“My fireteam and I simply used our streams to input all ideas from the community,” he said. “We do not take credit for anything beyond that. We stayed up forever, but so did everyone else. We were not the full brains. We were not World’s First. THE COMMUNITY did this. Together. The Community was World’s First. I think it’s very important to respect all of this. So much love towards everyone, and may we meet again soon for some more fun adventures.”

Nonetheless, we here at PCGamesN salute xGladd, CrushTy, and Gsxrclyde for pulling this feat off – on PC. Well done, gang.