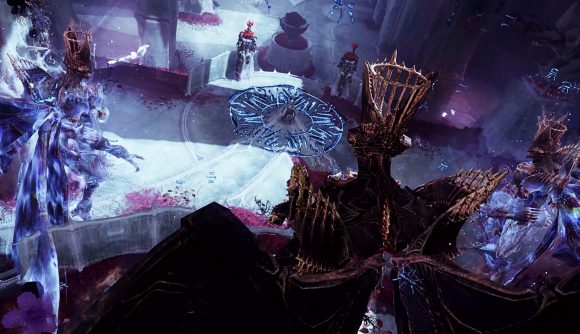 Bungie is tossing a lifeline to Destiny 2’s myriad of lapsed players when its next major update lands. Even if you haven’t got your Guardian power level ready yet, you’ll still be able to jump into Destiny 2’s The Witch Queen expansion right away.

Senior community manager Dylan Gafner explains on Twitter that the power level floor will be raised to 1350 when the expansion launches on February 22. That means anyone who signs on will be at the required level to start the Witch Queen update, even if you haven’t played the space game for some time now. You could catch up fairly quickly in previous patches as loot drops tend to be more generous when you’re behind, though giving people a boost from the word go is a new one for Bungie.

Alongside the usual offerings of new areas, duds, and high-level activities, Destiny 2 is also getting weapon crafting, a revamp for void classes, and a Gambit rework after The Witch Queen launches. While there’s no shortage of things to do and systems to engage with in Destiny 2, it can become a tad overwhelming if you don’t have the time to sink into RPG. Offering lapsed players a quick route back in may help nudge a few people into trying the new expansion out.

The Destiny 2: The Witch Queen release date is tomorrow, though there’s plenty you can do to prepare. Bungie is bringing the loot ’em up down for maintenance today (February 21) at 6:45pm PST / 9:45pm EST, or Tuesday, February 22, at 2:45am for those of you on GMT. Pre-loads for the Witch Queen will begin 15 minutes after downtime starts.

Friends, help blast this far and wide during our final weekend before launch.

Even if you’ve taken a break from Destiny 2, we’ll be bumping up the power of your gear to get your straight in to the Witch Queen campaign on Tuesday. pic.twitter.com/TqQezEN3Sa

For more about the Destiny 2: The Witch Queen release time, you can follow that link.