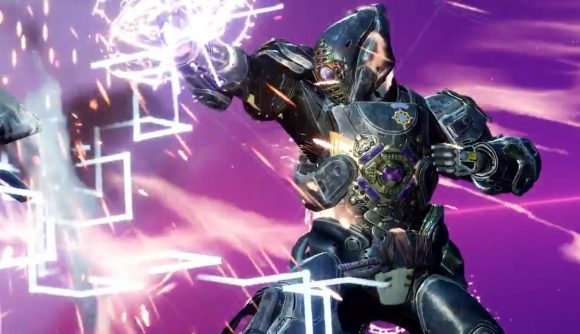 It’s Thursday again, which means there’s a new This Week at Bungie to pore over for upcoming changes and events in space-shooter MMO Destiny 2. This week is light on the flashy stuff, and instead digs into how reputation will be changing in the next season, which is now just six weeks away.

Destiny 2 Rituals lead Alan Blaine explains that Season 15 will see a continuation of Bungie’s ongoing efforts to unify the multiplayer game’s reputation systems, work that began last season with changes to Crucible and Gambit. In the coming season, Vanguard will see a similar reputation overhaul, and that means that instead of earning Vanguard tokens to trade in to Zavala periodically, you’ll increase your Vanguard reputation by completing strikes, nightfalls, and battlegrounds activities.

That’ll also mean that Zavala will have his own reputation line, the same way that the Drifter and Lord Shaxx switched over to last season. You’ll earn powerful rewards every three ranks, and you’ll receive an ascendant shard the first time you reset your Vanguard rep.

Ultimately, Blaine explains, the idea is to tune it so that players can reset their reputation ranks in all three rituals at about the same pace, and this should be doable in a tighter timeframe overall once the planned changes for Season 15 are in place.

Notably, win streaks are being retired, and are being replaced with activity streaks – which means the longer you continue playing the same activity without quitting early or going AFK, the bigger your streak bonus will get. Bounties will no longer grant reputation, but instead will reward you with seasonal XP.

As an endless night falls an unlikely ally holds the key.

Season of the Splicer boots up on May 11.

For Destiny 2’s most devoted players, grandmaster activities are getting some attention. Bungie says it’ll open up the grandmaster catch-up node as soon as the grandmaster difficulty is available if you have the conqueror title but haven’t yet gilded it that season. Rather than having to play a single strike to earn your gilded title in the final weeks of a season, you’ll be able to play each strike featured that season, which should help keep things from getting too boring.

Bungie notes a couple current issues you should look out for at the end of the post: Warlocks may have noticed that the Solstice 2021 armour glows always display the stasis glow effect when you’re wearing Felwinter’s Helm, the reissued Dreaming City weapons aren’t dropping the way they’re supposed to, and if you upgrade your Solstice armour to the Magnificent set you may find that its power level drops to 1100.

Destiny 2’s Season of the Splicer wraps up August 24.