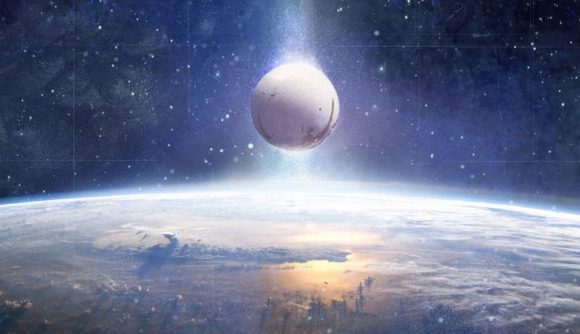 With the Almighty safely (?) destroyed, shot out of the sky by Rasputin and friends, Destiny 2’s 11th season is about to begin. The Season of the Worthy is winding down its final hours, and Destiny’s next season kicks off June 9. Here’s when you’ll be able to start on the new content.

There’s no official confirmation from Bungie on this, but it seems as though this will be the Season of Arrivals – a name that seems to have been inadvertently leaked by a listing on the Australian PlayStation store, which briefly had a seasonal silver bundle for sale that included the title.

The name probably won’t come as a huge surprise to Destiny 2 fans who have been keeping up to date on the storyline. The Black Pyramids we’ve been getting increasingly dire hints about seem to be scheduled to show up for real now, and if they’re anywhere near as important as the game has been making them out to be, there are some big changes coming to Destiny 2’s world.

With the Almighty dealt with, Destiny 2 needs to shift the focus to a new Big Bad, and a bunch of ominous space pyramids are just what the doctor ordered.

Destiny 2's next season will be "Season of Arrival."

The new season kicks off at 17:00 BST / 12:00 EST / 9:00 PST June 9, an hour ahead of the usual weekly reset. Bungie has been cagey about what specifically to expect this season, but we’ve seen clips of Eris Morn and the Drifter heading to what seems to be Europa, the icy moon of Jupiter. Seems like as good a spot as any for a showdown with some giant, haunted black pyramids from beyond space and time.

Beyond the new seasonal content, Bungie is making some planned changes to Destiny 2 this season, and the latest This Week at Bungie post has the details on update 2.9.0. This week, Destiny 2 players will see legendary armor ornaments added as rewards for activities rather than as season pass or Eververse items, some changes to how mods stack, and some tweaks to rewards for raids and Trials of Osiris.

Other changes are on the way for Year 4, too – Bungie has said it’s dropping missable events and weekly bounties in Destiny 2, starting this season.