Destiny 2: Shadowkeep lands in just a few weeks, and Bungie plans to continue the live update cadence it set with the game’s recent seasonal update structure. We’ve already got some details on what to expect from the Season of the Undying, but today we’ve got a full roadmap of what to expect following the Shadowkeep release date.

On October 5, Shadowkeep owners will see the launch of the raid, along with the Vex offensive activity as part of the season pass. Hero and legend nightmare hunts come on October 8, followed by master nightmare hunts on October 15. That date will also see the return of Iron Banner for all Destiny 2 players, whether or not they’ve bought into the expansion.

You can see the roadmap in full below. 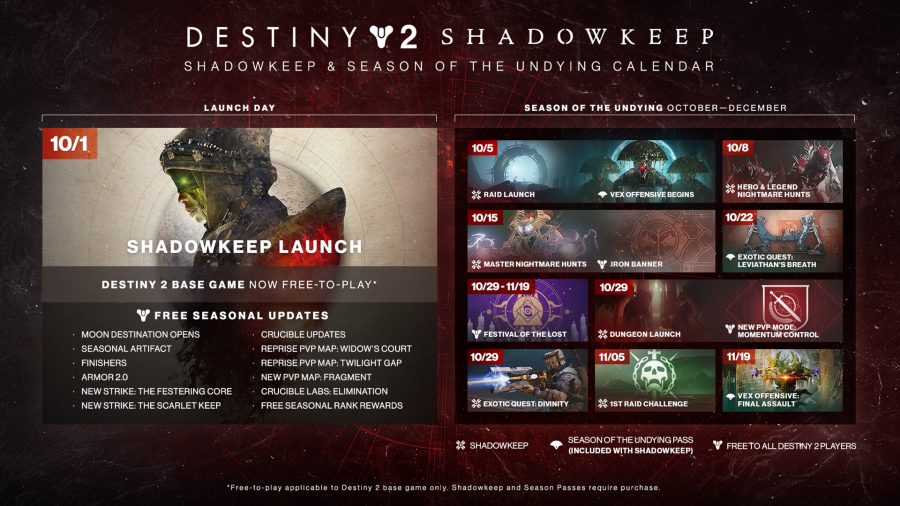 This Week At Bungie also runs down some of the more general changes coming alongside Shadowkeep. In short, basically everything is getting buffed for PvE, and weapon mods will switch to a reusable unlock system instead of being consumable.

We’ll get more details on all these sorts of changes before Shadowkeep launches on October 1.