The latest major content drop for Bungie’s looter shooter is here, so we’re rounding up all the Destiny 2 Shadowkeep Exotics we’ve stumbled across in our travels around the moon so far. Bungie’s latest DLC didn’t get off to the best start, as errors plagued the Destiny 2 servers. It’s all okay now, though, so we can get to grinding.

Destiny 2 Exotics are some of the greatest gems you can pillage from Bungie’s treasure trove of loot. Exotic weapons and armor combine visual flair with devilishly good perks – certainly handy for when the Destiny 2 Shadowkeep raid. One of Forsaken’s best Exotics was the One Eyed Mask helmet for the Titan Destiny 2 class. It looks quite menacing and makes anyone wearing it even more so, as its main perk marks anyone who damages you for death. That means you’ll get increased shields and damage if you take out that marked player.

But what Exotics can we get in Shadowkeep? Throughout this guide we’ll go over all the weapons and armor we’ve found so far, what their perks are, and how you can add them to your arsenal. So, here are all the Destiny 2 Shadowkeep Exotics we’ve found so far. 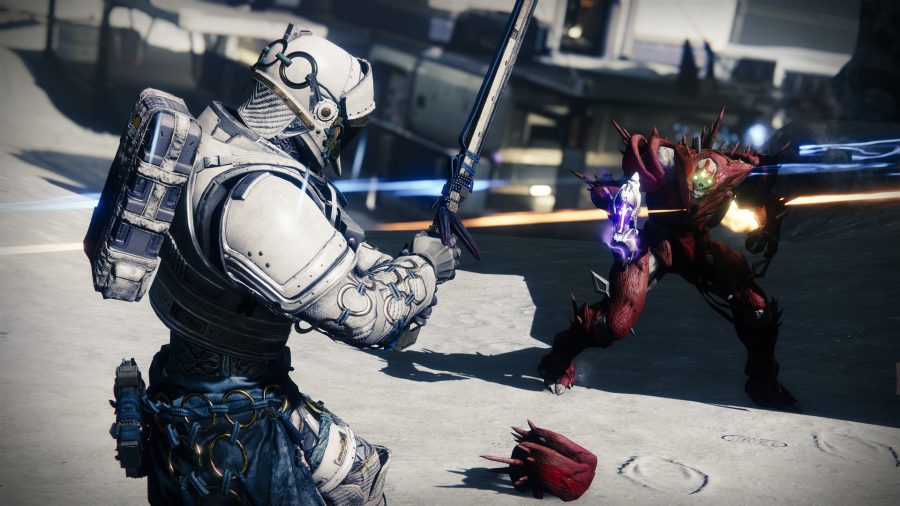 Some of these Shadowkeep Exotics are tied to special quests so you can’t get them right away, while others come down to pure luck. Regardless, all you can do is get out there and grind – good luck!