Looking for a Destiny 2 Shadowkeep leveling guide? We’re darting through Bungie’s latest expansion ourselves and are relying on some inherited wisdom to make sure we’re not wasting precious loot drops.

Coming into Destiny 2 can be tricky as there is plenty to do but not much indication over what you should be doing. There’s the main story campaign, Exotic quests, vendor missions, and leveling bonuses from activities like Crucible and Strikes. Not all of these drops are equal, though, and some will give you a bigger boost to your power level than others. Some drops will only take your power level as far as 900 power level, too.

Don’t worry though, as that’s where our simple Destiny 2 Shadowkeep leveling guide comes in. We’ll break down all the ways you can earn loot and level up while further highlighting what order you’ll want to do all this in. This way, when the Destiny 2 Shadowkeep raid comes around, you’ll be levelled up and raring to go.

First things first, you’ll want to hit the 900 soft cap. During this period, we would recommend avoiding any extra quests that will result in a Prime Engram – if you’re unsure what these may be, they are listed below. Instead, you’ll want to focus on completing the Shadowkeep story campaign – any blue engram drops you get along the way will work just fine for now.

If you’d like a little boost, you can always get some vendor rewards from leveling up a certain vendor – Devrim Kay in the EDZ, for example. Each vendor is willing to exchange a certain consumable for reputation points that’ll work towards you getting an engram. If you’ve been stocking up on planetary materials during the build-up to Shadowkeep, then this is a good time to cash in. If not, going about normal activities will get you to the soft cap just fine. 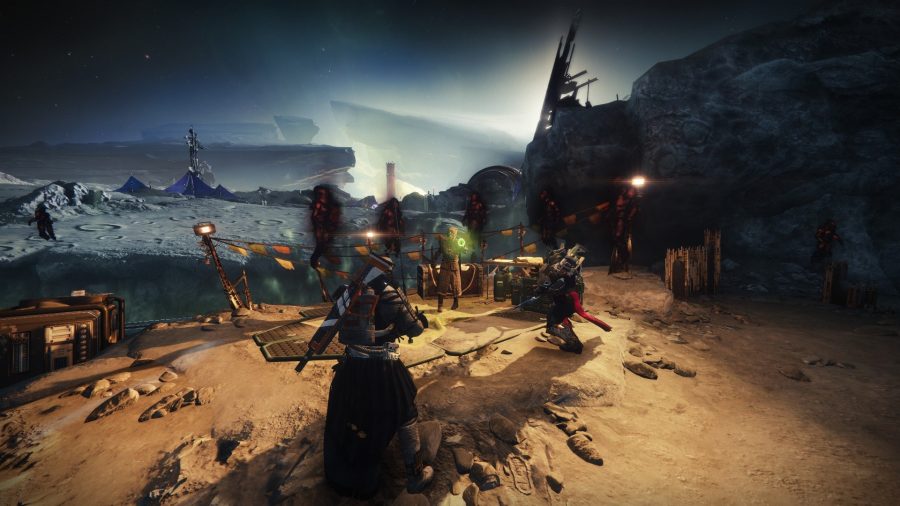 This is when your progress will notably slow down, as normal legendary engrams and blue engrams cap out at 900. To start pushing on, you can do the following Shadowkeep weekly quests:

Once you’ve completed these quests, you can then take on the 100K Nightfall challenge. You’ll want to save this until last as it’s the highest reward drop you can get in the game, aside from drops from the raid. These quests refresh weekly, so you can keep cracking on until you get to where you need to be – it may just take some time.

We would also recommend saving your Exotic quests for this part of your grind, as the level it drops at is proportional to your current level. The Destiny 2 Deathbringer Exotic quest, for example, is an excellent one to stow away.

And there you have it, our Destiny 2 Shadowkeep leveling guide. It’s also worth noting if you have more than one character, you can climb levels higher as you can transfer over your guns to give you a timely boost.