If you are thinking of spending some time in the Crucible this week or having a go at Trials of Osiris, you may want to sit tight. Destiny 2 players have found a way to loop the new Stasis Warlock’s super so it can continue after it’s intended to end and it looks terrifying.

Pulling off the glitch requires some timing as you’ll need to hop between your heavy and light attacks in tune to the FPS game’s animation cues. Keeping the Shadebinder glitch going may prove tricky, but is very doable. The glitch may not be too harmful to players in PvE, but it could derail people’s experience in the Crucible. Details on the Shadebinder glitch are spreading around the Raid Secrets subreddit, too, so the knowledge is already out there. We’ve reached out to Bungie to see if the studio is aware of the glitch, and will report back if we hear anything.

Even outside of the glitch, though, feelings seem to be mixed toward the new Destiny 2 Stasis subclasses in PvP. Shadebinder Warlocks also have a melee attack that will send homing stasis energy towards you and freeze you in your tracks. Stasis grenades can do the same, too, but they’re available to Hunters and Titans. There’s every chance people will adjust to the new meta, but some of the abilities certainly appear quite powerful.

This isn’t the first time that Destiny 2 players have found a way to loop supers. The particular glitch appears to be similar to the Destiny 2 exploit that gave Dawnblade Warlocks infinite super. Bungie swiftly fixed that, so we’re sure the same will happen here.

Bungie has also fixed another glitch that was allowing people to hit Destiny 2 Beyond Light’s soft cap in roughly one hour. All that one involved was doing the Widow’s Walk Lost Sector in EDZ repeatedly, but it did speed up the rate that players could get through other bits of content. 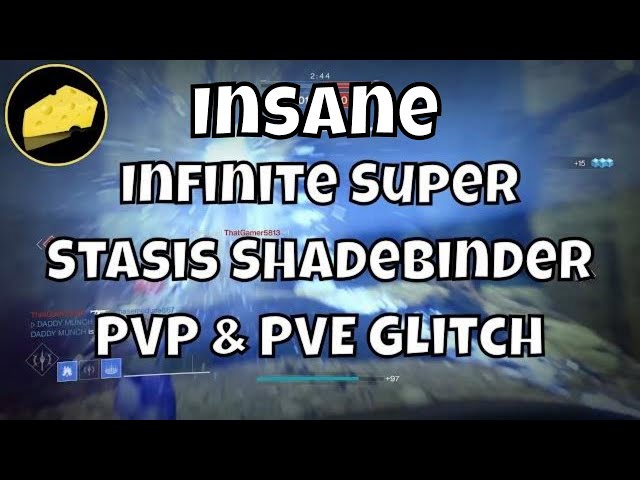 Bungie has also disabled Destiny 2’s Witherhoard grenade launcher following some funky visual bugs. We don’t know when it’ll return, but what a bug it was.

If you’re looking for help in tackling Bungie’s latest, we’ve wrangled together handy guides on Destiny 2’s Deep Stone Crypt raid and where to find Destiny 2’s Perdition Lost Sector – it’s a bit of a tricky one.