29 October 2019 Valve has confirmed the new feature is a result of developer feedback.

Steam is now asking players if they want to revise reviews they’ve written. A screengrab posted to Reddit shows the storefront politely asking the original poster if they would like to “revise” their review of Destiny 2: Shadowkeep, referencing the fact that they’ve played “an additional 93 hours” after offering their initial thoughts.

The details of how or when this new feature would be triggered are a little hazy. The sole example we have so far is that given by user PunnyCasual (see below). The notification clearly implies, though, that if you spend ‘enough’ hours in a game after your original review, Steam will prod you to ask if there is anything you’d like to change about your published opinion. It’s a pretty neat idea, and it would improve feedback for players shopping around for a new game. Valve UI designer Alden Kroll took to Twitter to confirm the feature was the result of developer feedback, writing: “Devs have been asking us for this for a while, but we first needed to build the new library before it made sense (technically) to add it.”

Steam has struggled to get user reviews right. The system has been so widely abused by players looking to register their annoyance at so many different issues – often with no relation to the quality of the game in question, such as perceived malpractice by its publisher – that a game’s overall user score isn’t always a reliable gauge of audience opinion of it.

But Valve has responded. Changes such as flagging recent trends in user score can help to identify this so-called ‘review bombing’ when it’s taking place, while the ability to filter reviews by playtime enables you to stipulate a ‘minimum time played’ for the reviews you want to see – if someone has only played Destiny 2 for an hour, their opinion may very well be useless to you. 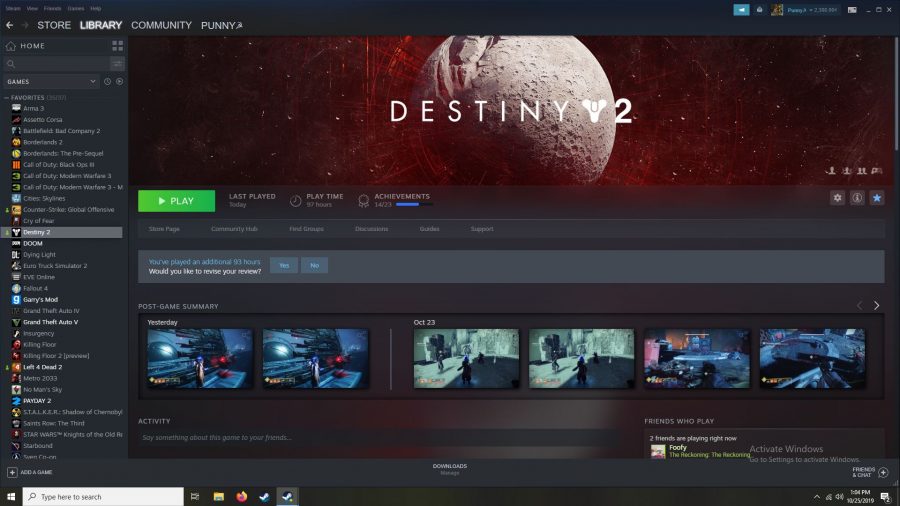 I don’t know about you but I hope this new revising feature has become a normal part of Steam’s review process. For those who care enough to offer a fully considered opinion, it’s a neat little nudge to get them to improve the quality of their reviews – a system that seems especially worth implementing when DLC is an expected part of any triple-A game these days.

Oh yeah and by the way, the next Steam sales dates have been leaked. And if you are a Steam user, we have a list of the best free Steam games for you. Just thought you’d like to know.