“Transmog will be coming with Season 14”, Bungie says in its latest development blog. Based on the usual timing, Season 14 should launch around May 2021, but it’s impossible to call that date with any certainty this far in advance.

The screenshots, which are “work-in-progress” and “may change”, show a single screen where you can manage appearance for each of your five armour pieces, including both the base look of the gear and its specific shader. The devs previously confirmed that the new transmog system will pull from Collections, so there’ll be no need to keep your inventory cluttered with cool-looking gear. “You can just delete all that shit”, director Luke Smith said.

You can see another image of the new transmog screen below. 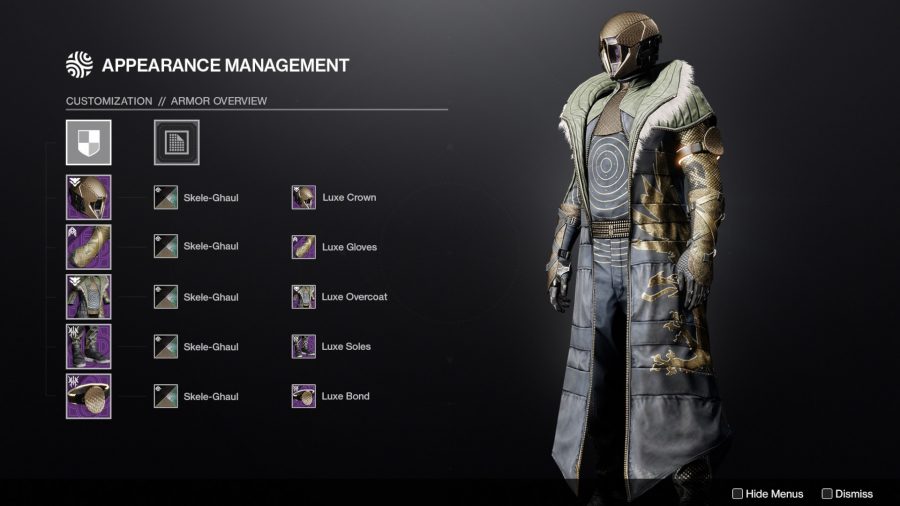 Bungie’s take on FPS games is also getting cross-play in 2021, as well as a host of improvements to the reward structure, so you’ll have more reasons to keep playing.