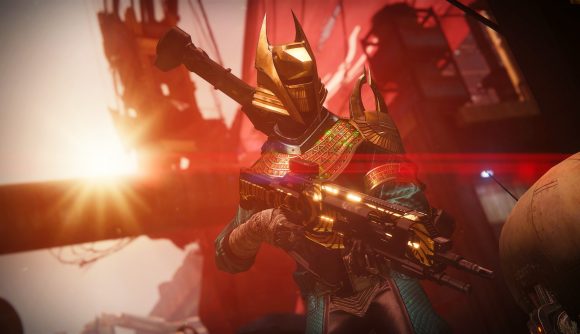 Destiny 2 players have found a new way to game Bungie’s weekly Trials of Osiris tournament to snag all of its loot for little effort. As you’d expect, though, Bungie has moved swiftly to disable the competitive PvP mode as word of the match-fixing tactic began to spread.

Things kicked off when a community-run statistics service called Trials Report noted that close to 50% of PC players managed to go flawless over the past weekend. That is, to put it mildly, much higher than usual. Weirdly, though, the team found that 23,661 flawless PC players at that moment in time had done so with zero kills, with 16,300 doing so with five or less.

The tweet spurred content creator Lunarated to discuss some findings he dug up. He explains that Destiny 2 players in the mainland China and Hong Kong region are playing under a gentleman’s agreement that stems from using the Hakke emblem. Essentially, if you put together a team with two people using the Hakke emblem and one person who isn’t, you’re signalling to the other team that you’re up for gambling the victory. If the opposite team also has the same setup, then the two people without the Hakke emblem add each other and use a random number generator in Steam’s chat function to see who will throw the match.

The gamble itself, though, is relatively low stakes. Bungie has recently given players the ability to leave and re-join Trials games in progress, so people do this on alternative characters. 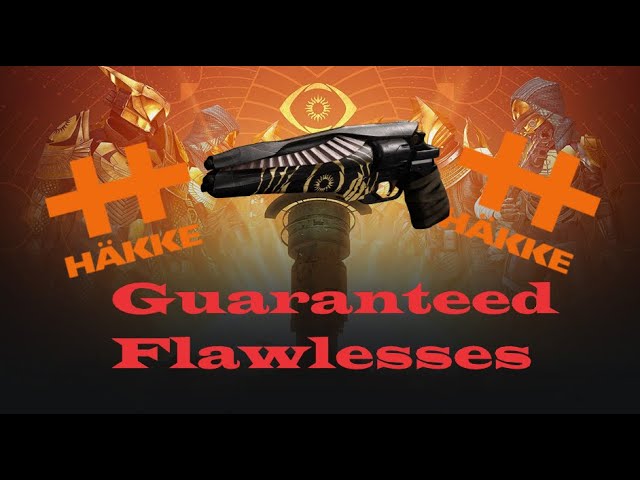 If you win, you can swap to your main character, take the victory, swap back to your burner character, and do it all again until you reach the lighthouse and snag all the loot your wee heart desires. While this gentleman’s agreement is limited to mainland China and Hong Kong, players could quickly get involved if using a VPN, which many people do.

This Hakke agreement – that’s what we’re calling it, right? – poses issues for other players, too. If you merely fancy shooting foes with pals, you’d still be likely to bump into people doing this. If you don’t have the emblem set up, they’ll leave as they’re on their burner characters anyway. Sure, you’ll pick up plenty of wins, but it’s far from exciting.

According to our data, nearly 50% of the players entering Trials went flawless on PC this week. Seems a bit high, so we looked into it.

It’s worth mentioning that Bungie never clarified why it disabled Trials of Osiris for the past weekend, but it’s hard to imagine that this isn’t part of it. The Hakke agreement may have been limited geographically, but it was likely to spread.

UPDATE: The Lighthouse has been re-enabled for those who have access with a Flawless card. Players may also redeem any earned Trials tokens to Saint-14 through the weekly reset. https://t.co/eZJpP7TKdf

Bungie has since reopened The Lighthouse for those who have a Flawless card, and you can redeem any earned Trials tokens from Saint-14 through to the weekly reset tomorrow.