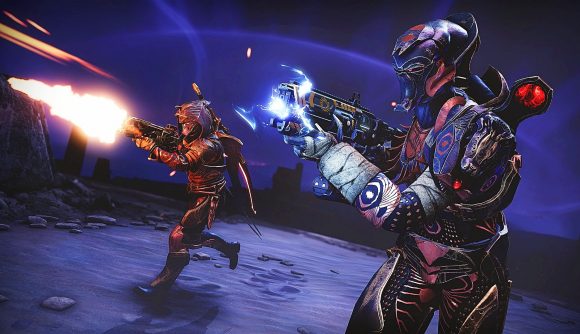 Destiny 2’s top competitive offering will look a tad different this weekend, but don’t worry – Bungie is just trying some new things out. In the latest This Week at Bungie update post, the developer revealed that it’s toying with a new zone-based format for Trials and has some ideas to improve how the Flawless pool works.

This time around we’re getting Trials Labs: Capture Zone, which still has the traditional elimination concept with added areas you can capture. Basically, a capture zone will appear 30 seconds after each round starts. Once it appears, you can take the location to win the round or eliminate the other team as usual. The zone has a waypoint timer from the word go, so you’ll know when and where it’ll spawn at the start of each round. Additionally, the zone will generate in the middle of the map in the first round and spawn on the losing team’s side each time after that.

Bungie is also making some changes to how the flawless pool works. If you’ve been out of the loop, once a team hits seven wins without a loss and visits the Lighthouse, they’re put into a particular bracket of players who have also gone flawless. It was introduced last week, and the idea is to make the mode more accessible to players who get squashed by the better teams.

The only problem is that last weekend saw teams get to six wins and then reset their card. Some people do this because they do Trials carries – which involves taking someone to the Lighthouse who has never been – while others want to squash teams that aren’t as good as them.

Now, though, Bungie is going to wait until Sunday to activate the Flawless pool. So it’ll still be there, but it means you can wait until Sunday or Monday to play if you want to avoid the more dedicated players of the game. Bungie says it’s “working on some deeper matchmaking solutions” that it hopes to implement instead of the flawless pool and that you’ll get more information on that come October.

The Destiny 2 The Witch Queen release date isn’t happening until next year, but we’ve still got oodles of details to tide us over. We’ve rounded them all up at the link there, so feel free to take a peep.