How do you solve the Destiny 2 Void Configuration puzzle in the Zero Hour strike? It’s the latest secret to send Destiny’s buzzing Reddit community into action. The rewards are worth it, however, as completing the Void Configuration is a bonus 17% in progress towards powering up your Outbreak Perfected Catalyst to full. This makes quite a difference as you can earn 20% worth of growth on your catalyst by completing the Zero Hour strike on heroic.

So, in total, you can rack up 37% worth of progress per week by doing both, which also means that you can finish charging up your Outbreak Perfected Catalyst two weeks faster than someone who doesn’t do this puzzle once a week. Alongside that, solving the Void Configuration puzzle will reward you with an exotic ship schematic.

Of course, before you attempt to solve this puzzle you’ll want to have beaten the Zero Hour Strike on normal and heroic, as that’ll mean you’ll have both the Outbreak Perfected, it’s catalyst, and some convenient experience. If you haven’t done that yet, then fret not, as that’s just what our Destiny 2 Outbreak Perfected guide is for. If you’re fully prepared, here’s how to solve Destiny 2’s Void Configuration puzzle on the Zero Hour strike.

How to solve the Void Configuration puzzle

Spawn into the Zero Hour strike and clear the first wave of enemies. You’ll know that you’ve completed this as an energy shield to the stairs leading out of the first area will be removed. Ignore it for now, and go left of the stairs and search the left side of the hallway for a shelf that should have the keypad. You’ll know that you’ve found it as a “Get Keypad” prompt should appear. 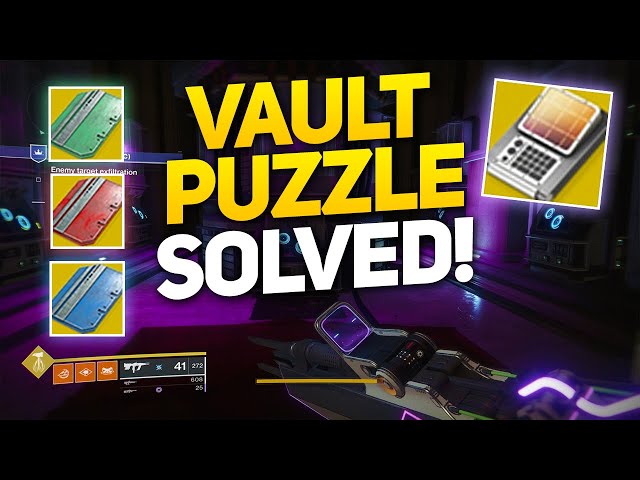 To unlock the next stage of this quest, you’ll need to find the blue, red, and green keycards throughout the Zero Hour strike. The blue keycard is in The Passage, the green keycard is seen before going to the outside area, and the red keycard is obtained after an extensive climbing section outside. All three of these keycards are pretty stashed away, however, so do check out the video above from YouTuber NinjaPups for a more visual demonstration. 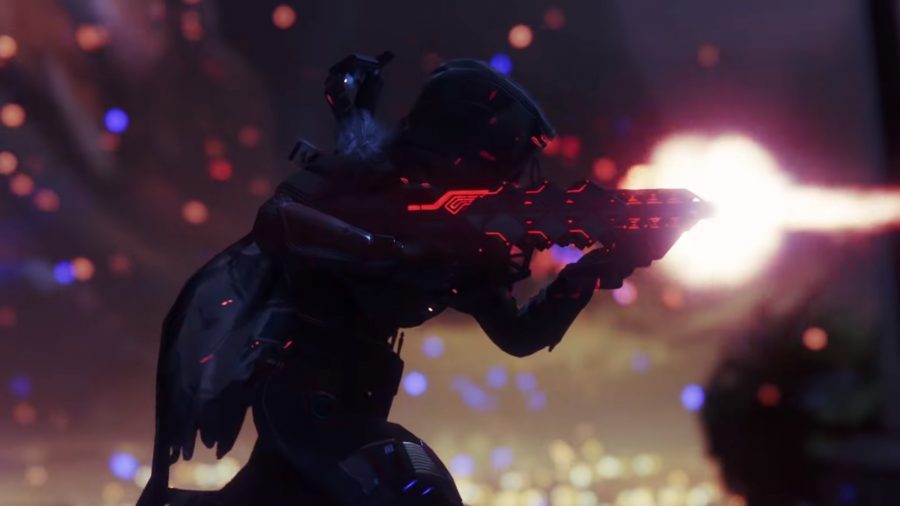 Complete the puzzle in the Cryptarch Vault room

Head to the Cryptarch Vault room, which is the royal looking room that is just before the main boss encounter. This room has three consoles that have two circular readouts. Here’s where it gets complicated – to put it mildly. You’ll find seven differently coloured rooms spread throughout the main hall, and each of them has its own seven consoles inside of them.

If you read the sequence on two of the three main consoles in the Cryptarch Vault room and pair it with this community created spreadsheet, you should be able to solve this puzzle reasonably quickly. Matching the two will tell players what room they need to go into, and what console they need to activate inside of it. Once you get this down, you’ll need to repeat the process 48 more times to finish the quest.

The best way to set up your fireteam to complete this is to have two players reading one console each in the main room, and covering the coloured places closest to their chosen consoles. This then leaves a third person to float around and run to the remaining coloured rooms if it should be needed. Time is of the essence here, but you’ll snag an extra 15 seconds for every correct sequence you put in. If you’re still in doubt, that video above from Ninja Pups also goes over this part of the quest, too.

And there you have it, a breakdown of how to solve Destiny 2’s Void Configuration puzzle on the Zero Hour strike. It all looks very daunting ahead of time, but fear not. Once you get the rhythm down, you’ll be encouraged by how much of a breeze this all becomes.