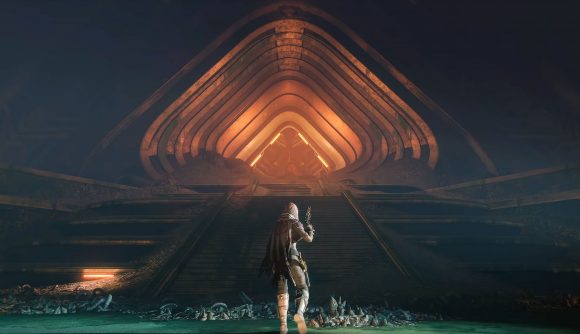 July 7 is Bungie Day, and as part of this year’s festivities, Bungie has removed the weekly rewards cap from five of Destiny 2‘s raids. Featuring some of Destiny 2’s most demanding endgame content, the five featured raids can now be farmed for rewards – which includes exotics – to a guardian’s heart’s content.

Bungie announced the change in its annual Bungie Day blog post. The five raids that can now be run indefinitely are the original Leviathan and its raid lairs Eater of Worlds and Spire of Stars, Crown of Sorrow, and Scourge of the Past.

In addition to the raid-specific gear and rewards you can earn from these activities normally, the start of this year’s Moments of Triumph means there are some special rewards to earn for completing each raid. Completing the Leviathan Triumph offers the Contender’s Ghost Shell, and finishing the Spire Triumph earns you the Luxurious Toast emote. All the featured raids offer a bonus set of shaders for finishing their associated Triumphs. That’s separate from the usual gear you earn from finishing each raid, and presumably you’ll only get the Triumph completion rewards once.

However, if you finish the set of five featured raids, Bungie will grant you a special emblem, and you’ll be able to purchase a real-world raid ring from the Bungie store. It’s ‘available’ in the Bungie store for everyone for $777,777 USD, but finishing all five raids will bring that price tag down to more reasonable levels.

The ring is indeed cool: it’s the trademark Destiny skull and sword symbol surrounded by a chain, with two Destiny tricorn logos embossed in the sides, all in artisan sterling silver with black enamel detailing. Inside the ring is a quote from Zavala: “We walked to the end of the world and beyond.”

If you’ve missed out on any of these Destiny 2 raids, now’s going to be a perfect time to find a fireteam to take them on – plenty of guardians out there will be chasing these rewards, so you’ll have no trouble finding co-op partners. If you need some pointers on what to do, check out our Leviathan raid guide, Eater of Worlds raid guide, and Crown of Sorrow raid guide.