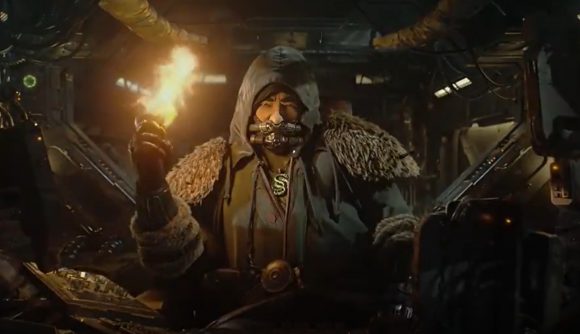 Destiny 2 is approaching its 11th season, and past that, fans are eager to see what’s in store for the big, annual expansion expected to release in the fall. It seems that Bungie is eager to make the reveal, too – a teaser for what appears to be the Year 4 expansion briefly went live on Instagram, then another teaser has gone live inside Destiny 2, and now Bungie has officially confirmed a big ol’ reveal set for June 9. It looks like the expansion will take us to the long-rumoured location of Europa.

The latest teaser features The Drifter launching a ship toward a moon of Jupiter – one that appears to be covered in ice. It’s now all but certain that Europa will be the setting for the new expansion.

The teaser ends with the promise of a reveal on June 9 at 9:00 PDT / 12:00 EDT / 17:00 BST. That’s very shortly before Season 11 is expected to go live, and while it’s possible Bungie might reveal the new season just an hour before it goes live, it’s far more likely this is the reveal for the Year 4 expansion, and that the Season 11 content will help set the stage for the new expansion.

This comes after new cutscene appeared in the game – one that was datamined weeks ago – which shows what appears to be a Darkness vessel flying near Jupiter. Beware the Pyramids, et cetera. Players have also started to see new flashing lights when looking up at Jupiter from Io.

The first, leaked video, which is currently unlisted from the Destiny Instagram but is still available via a direct link, shows Eris Morn stumbling through an icy waste in search of… something. Jupiter is clearly visible in the background, which pretty much confirmed we’re heading to Europa, a location that’s been rumoured since apparent Destiny 3 leaks way back in 2018.

The next chapter of Destiny 2 is almost here. Tune in for the unveiling at 6pm CEST on June 9.

In the most recent edition of This Week At Bungie, published May 28, the studio said that information on “how Year 4 begins” would be coming “very soon”. For now, there are plenty of FPS games to check out if you need to ease the wait for more Destiny.