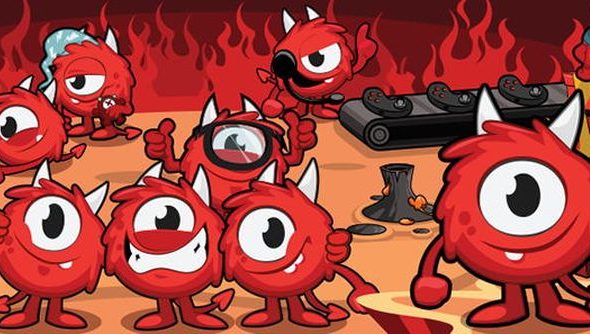 There’s a thread on Gamedev Reddit dating back five months, in which developers complain of missed payments from PC distributor Desura. While some have since replied to say their situations have been resolved, others report they’ve had no reply from the indie-focused Steam competitor.

Desura took to their blog yesterday to address “concerns and fears”.

“We are not refusing to pay you,” said head of developer relations Lisa Morrison. “This is a promise.”

Morrison said that Desura had spent the morning reassuring developers that their payment complaints were being heard – that they weren’t emailing into a vacuum.

“First and foremost we want to apologize that this has happened at all,” she said. “One dev experiencing this is one too many.”

But why has this happened? Morrison cited the “hurdles” of Desura’s transfer of ownership from Second Life devs Linden Lab to middleware specialists Bad Juju – as well as an office relocation, and the hospitalisation of the company’s CEO.

Despite the long delays and silence, Morrison said that Desura will “absolutely be paying all accounts due” – and implored affected developers to contact her personally.

“I hope that this will help to allay some of the fear and anger surrounding this,” she finished. “I do understand the frustration, and we are already working on changes. I hope that our devs will work with us on the solutions, and will please bear with us a little while longer as we implement the changes that are needed.”

Desura say they’re rebuilding their site and client to offer devs more control. Let’s hope that works out – because this episode will do little to help a platform that prides itself on being developer driven.