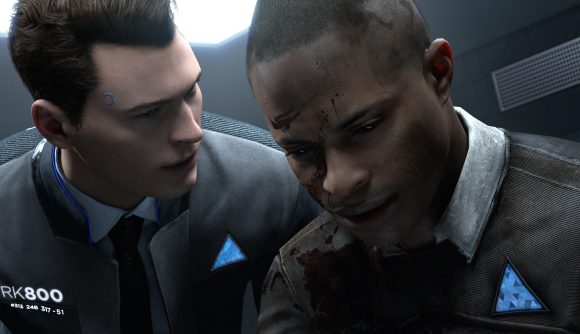 After Beyond: Two Souls made an early debut on the Steam store today, the mystery around Quantic Dream’s catalogue on Steam has come to an end. Heavy Rain, Beyond: Two Souls, and Detroit: Become Human will all launch on Steam next month, and if you don’t want to wait that long, all three games have free demos available now.

All three Quantic Dream games will launch on Steam on June 18. That’s just before the one-year anniversary of Heavy Rain‘s launch as an Epic Games Store exclusive, but it’s been a bit less time for both Beyond: Two Souls and Detroit: Become Human. You can follow those links to see the new Steam store pages for yourself, and download the Steam versions of those demos right now.

Quantic Dream’s brand of cinematic adventure games had historically been PlayStation exclusives, until the studio brought them to PC as Epic Games Store exclusives. As is traditional, they’re coming to Steam after that year-long timed exclusivity period has come to an end.

So if you’re particular about which taskbar icon your games launch out of, you’ve now got further options.

If demos aren’t enough for you, there are plenty of free PC games out there for you to take a look at while awaiting these launches.