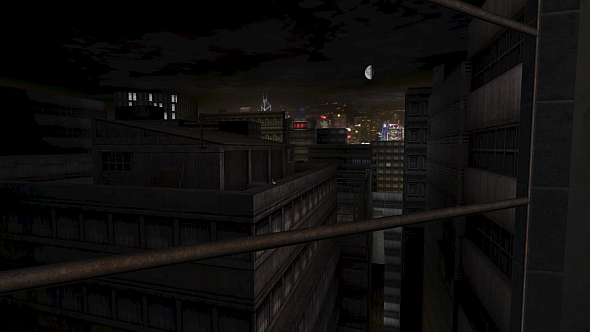 Update April 7, 2017: Deus Ex: Revision is free and the original is on sale over on GOG.

Deus Ex: Revision, the original community remaster of the classic Deus Ex, is now free on GOG (like it is on Steam), and to celebrate, the digital store have declared a sale on Deus Ex: GOTY and Deus Ex 2: Invisible War.

Deus Ex is deservedly on our list of the best classic PC games still worth playing, but it really could use a lick of paint.

In a rather neat coincidence, GOGmade the announcementless than an hour after our story on Give Me Deus Ex (GMDX), another community remaster that aims to update the mechanics as well as the visuals.

BothSteamandGOGnow offer Revision completely free, but you’ll need to pick up Deus Ex: GOTY to run it. It seems the Deus Ex subreddit prefer GMDX as the best way to enjoy the original, however, so read on for details of how to get into the public beta.

Original story April 7, 2017:You’re probably familiar with its modern prequels, but the original Deus Ex was doing all of that stuff way back in 2000, when most other shooters (with some notable exceptions, like Half-Life) were gutterbound in their ambition. That’s why it’s considered by many (including me, if you care) to be one of the best and most influential games ever made.

Unfortunately, if you weren’t around at the time, going back to Deus Ex having adjusted to almost 17 years of technical progress is unlikely to recapture the magic. You may have heard of one attempt to address this, the community-made Revision mod, but now, there is another. It’s called Give Me Deus Ex (GMDX), and it recently opened up to public beta testing.

The creator describes GMDX as “a one-of-a-kind all-encompassing modification of the classic video game Deus Ex, currently half a decade into rigorous development,” and says the aim is to be the best-looking and playing version of Deus Ex, while retaining the identity and philosophy of the original. Featuresinclude new mechanics, such as leaning and peeking, and overhauls for graphics, AI, UI, audio design and more.

There are a few threads over on the Deus Ex subreddit comparing GMDX with Revision and debating which is the better of the two, with the consensus almost universally endorsing GMDX. Most commenters agree that Revision updates graphics and polishes levels, whereas GMDX goes much deeper.

The creator of GMDX asks that you send an email to get in on the public beta – details are on the website. The Deus Ex: GOTY edition is available on Steam herefor the low, low price of £4.99 ($6.99 US). If you own that, you can install and enjoy Revision for free by going here.