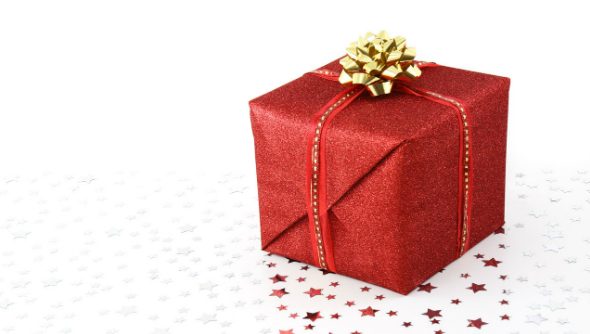 Update, 05/01/2016: A scant few weeks ago, Phil was wondering what Square Enix could possibly be giving out as part of their $80 for $9.99 deal during Christmas. Without telling anyone what was inside, they were selling a mystery box of games for just under ten dollars. What was in it? Well, like a fool, I bought it, didn’t use the codes and gave one of them away. So here we go.

Square’s own Deus Ex: HR is one of thebest first-person shooters on PC. Will you find one in your holiday box? Seriously, I’m asking you.Don’t be rude.

Plus some discount codes:

I already own FF13 but I think it’s the kind of game that you should play if you get free in a bundle, as it may surprise you – I really loved the plot. I’ve also already played the first four episodes of Life is Strange, but they’re one of the best games of last year and I wasn’t expecting to get the full thing for free. Thief slipped me by and is interesting, as it got a mixed reaction and seemed to have some good points. I’m glad I’ve got a key waiting for when I get around to it. And Temple of Osiris might be good, I have no idea.

FF14’s a bit of a sticking point. It’s got a value of however many dollars, yes, but you need to cash in monthly to keep playing. Still, $10 for four games, two of which are massive triple-A juggernauts, even if both weren’t received wholly positively? I’ll take it. See you again next year, Squeenix.

Original Story:Best case scenario: it’s Life is Strange, Just Cause 3, Deus Ex: Human Revolution, Tomb Raider, and Hitman Absolution. Worst case scenario: it’s five identical codes for Murdered: Soul Suspect. The truth is your guess is as good as mine as to what’s inside Square Enix’s 2015 Holiday Surprise Box, but with a guaranteed $80 value for $9.99 it sounds well worth the gamble.

You can grab a mystery box of your own over at Square Enix’s online store. The offer’s valid from now until 17th December at 11.59PM PST, and the goods within will be revealed and delivered via dowload codes by 12.00PM 18th December. You can earn 3 reward points on the Square Store by taking part, too.

It’s unclear whether the contents of the box will be the same for everyone who buys one, or if it’s more of a lucky dip scenario. I’d anticipated that it probably isn’t my best case scenario, as that quinet of wonderful games adds up to much more than $80, but personally I’d be happy with just one of them plus a few extra festive trimmings.