Deus Ex is a series about breaking into buildings. What makes it great is that it lets you work out exactly how you want to do that and gives you a ton of tools to execute your plan. Each game presents you with a series of architectural contraptions – puzzle boxes, really – full of guards to deal with (or sneak past), cameras to avoid (or hack), and bite-sized stories to find among the paperwork and email inboxes.

A single locked door has a multitude of workarounds: you could hack a nearby computer to find an email that contains the password you need, or you could upgrade your prosthetic arms to lift a heavy box that conceals a nearby vent that lets you bypass the door entirely.

For most of the games in the series, this sense of freedom in overcoming the many obstacles that block your way lasts right up until the end. Then it all collapses in on itself when you reach the ending. Even the first Deus Ex, which excels at giving you a variety of both choices and characters to deal with – and at recognising the choices you make with in-game reactions – stumbles at the final hurdle.

Deus Ex’s final level largely consists of a list of choices to carry out each ending. It’s devoid of what makes the preceding story worth a damn – tricky characters, challenging enemies, hidden routes, and surprising consequences. It’s one of the biggest problems with the game, and unfortunately, one that carries over into its sequels and spin-off titles. 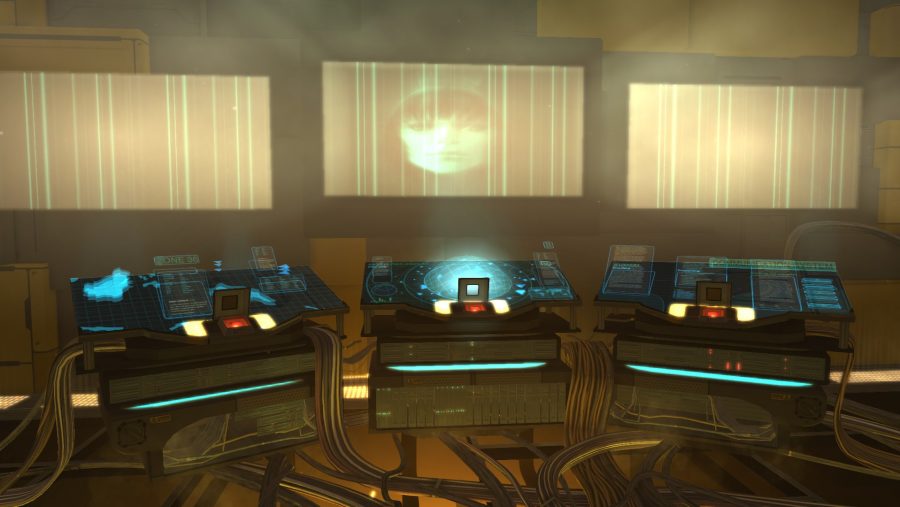 Deus Ex: Human Revolution’s ending almost works. Its penultimate sections force you to confront the key characters of the series, listen to each of their arguments on whether or not unchecked technological progress should continue, and culminates in a verbal boss fight that challenges you to unpick the ideological flaws that drive the actions of the antagonists.

Immediately after that, however, you’re funnelled into a room with four buttons. You’re asked to push one to then trigger an ending sequence. No matter what you’ve done over the course of the game, it’s made clear that these four buttons are your only true options, and all you have to do is push one.

There is an exception to this series of disappointing endings. Deus Ex: Invisible War succeeds as it continues to give you the freedom to interact with the world all the way to its conclusion. This is because, more than any other game in the sci-fi RPG series, Invisible War is interested in having you really think about the ideologies of its factions and the consequences of siding with one over another. It’s full of them: from nihilistic arm dealers who are really into body modification, to two separate religious cults, and a raft of thinly veiled Illuminati fronts. You, as an augmented secret agent in training, are encouraged to pick sides in order to help steer the futuristic politics of Invisible War.

There is a glaring issue with Invisible War that can’t be ignored, and that’s its nightmare web of a plot – it’s impossible to explain it without a flowchart. It’s a mess of incomprehensible conspiracies. Divorced from the relatively familiar world of the first Deus Ex game, or the Neo-Renaissance opulence of Human Revolution, it’s genuinely difficult to keep up with Invisible War as it twists and turns all over the place. 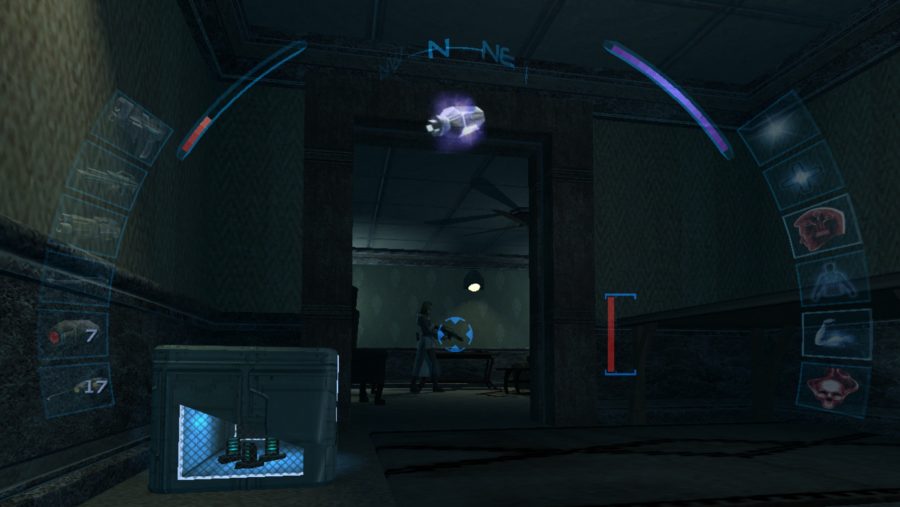 Yet that doesn’t really hurt the ending, because it succeeds in being separated from the tangle of the plot and focusing on more clear-cut decision making. Invisible War’s ending gives you the freedom to express your opinion on important subjects that affect us all in the 21st century. The debates Invisible War presents have only become more prevalent in the years since the game was released.

Related: Check out the best cyberpunk games on PC

As you enter Invisible War’s last level, which is set where the series began on Liberty Island, you’re given the chance to bend the world’s communications network to the will of any one of the factions. In my most recent playthrough I was on the verge of helping the sort-of Illuminati bring about a period of prosperity through global surveillance. But, equally, you could help the shadowy ApostleCorp begin the singularity, or be dead set on ensuring the luddites of the Knights Templar shut everything down to maintain the purity of the human race.

What makes this final act work is that all of those factions, and their key leaders, are on Liberty Island with you – and from that point on you can interact with all of them. While you’re nominally locked into an ending, it quickly becomes clear that this is more of a suggestion and you genuinely have a choice – it’s not good or bad. At the same time, while the factions have their own short set of quests to follow, it’s made clear that you don’t have to stick with any one questline. 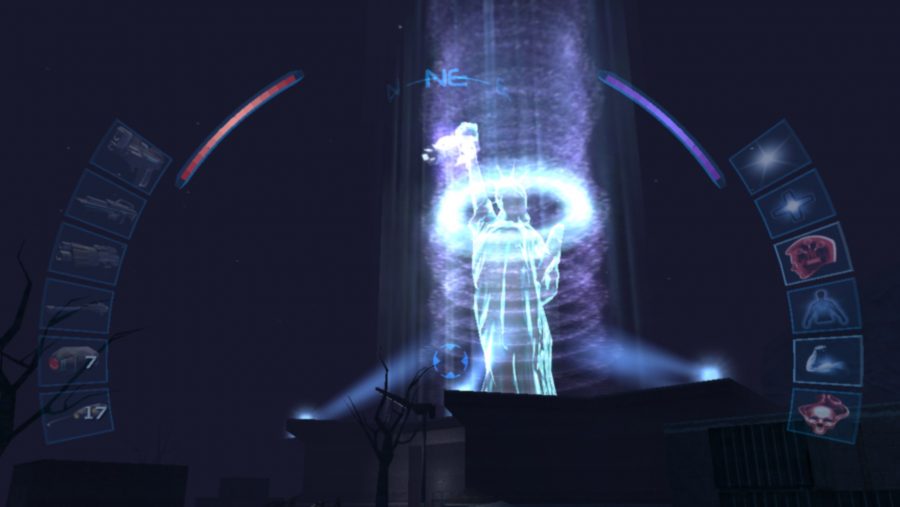 Each faction has barricaded itself into a different building on the island, which means you can approach most of the level like you have the rest of the game – as a series of buildings to break into. Sure, there are still buttons to press and checklists to clear, but the game goes further than its siblings by letting you remove any of the factions by using the tools and tricks you’ve accumulated. It gels in a way that no other Deus Ex ending does.

Moving through the end of Invisible War, it feels less like I’m being guided towards a clearly defined set of choices, and more like I’m actively writing those choices myself, able to be the author and not a lab mouse in a maze. This is the kind of freedom that the rest of the series lacks as soon as you approach the credits.

Taken as a whole, Invisible War is the most flawed game in the Deus Ex series, which has led to its widespread and undeserved dismissal. By giving you agency and the ability to approach its ending as you do the rest of game, developer Ion Storm managed to produce an ending to a Deus Ex game that’s worth experiencing, and one that’s more urgent than ever in our world of data leaks, surveillance, and corporate tyranny.