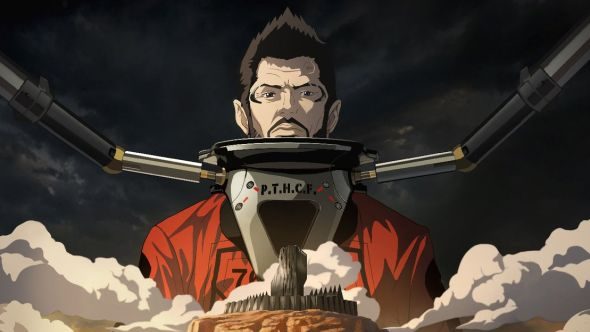 More story DLC is on the way for the latest Deus Ex, with Adam Jensen off to investigate an enhanced-only prison, looking for an undercover agent. It’s set before the events of the main game, giving you a glimpse into what turned him into the elbow-chisel wielding hardass we know.

How did Deus Ex rank on your personal list of the best PC games of 2016?

No trailer yet, but here’s the official summary from the announcement post:

“In Deus Ex: Mankind Divided – A Criminal Past, Jensen is transferred deep into a hostile, high-security prison for augmented felons. His mission: track down and retrieve sensitive information from a fellow undercover agent who has gone dark. Success will help the fight against terror around the world, but Jensen will need to confront a darker side to his role before the day is done.”

You’ll be able to access it on February 23, either by grabbing it individually or owning the Season Pass. This is the final major narrative DLC included in that package, so might be worth passing final judgement on if you want it. There’s a bunch of other extras as well.

Expect to see a little more about Criminal Past before launch.