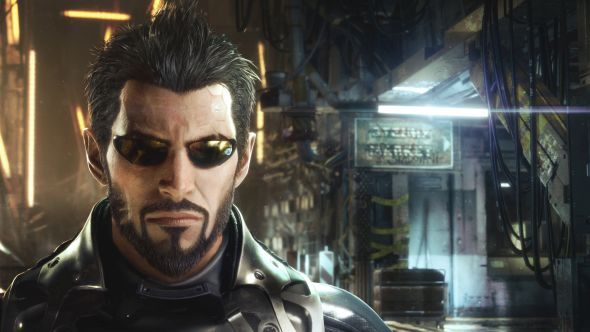 In a couple of tweets from the official account, the Deus Ex team has confirmed the official release time across three platforms, and explained why console players are already getting in.

Do check our Deus Ex: Mankind Divided PC review for a definitive opinion.

First up, here’s their handy image of what’s happening when:

Here are the launch unlock times for #DeusEx #MankindDivided. We can't wait for you all to play! pic.twitter.com/JXxvqVmY1U

As you’ll note, depending on region, there’s as much as an eighteen hour delay between console launch and PC. In fact, some of your pad-holding friends may already be playing.

In a follow-up tweet, they explained that “in order to ensure the smoothest launch possible” teams from Valve, Eidos, Squeenix and port-makers Nixxes needed to be active, meaning the European afternoon was the only time they could all be reasonably expected to be awake.

About the Steam unlock timing: pic.twitter.com/PAoYOXN3aX

Perhaps what’s most interesting is that they believe there’s reason for a strike team at all. We were fairly impressed in our own Deus Ex port review, and while PC performance is always difficult to predict, it’s not like there’s a significant online element that will require server maintenance.

Are optimization fixes so quick and easy to implement they can be done in reaction at the time? While we’d prefer to see games run smoothly on release, if frame drops and crashes can be fixed in hours rather than days, that would be preferable. We’ll find out in a few hours.

Original story August 22, 2016:The new Deus Ex is almost here. Mankind Divided comes out tomorrow, Tuesday August 23. On PC it’s attached to Steam, and you’ll need that – and its unlocking tools – to get it to run. That will be at 5pm BST tomorrow, according to the store page, and release at the same time globally.

Here’s when that is in various regions:

Sorry Americans, hopefully we don’t post too many spoilers. Get Wednesday off if you’re a little further East than Europe, eh?

As for grabbing it online, Humble, GMG and various others will all sell you a Steam key, or your favourite local store no doubt. £29.99 / $44.99 for the default version’s the best price out of those, over at GreenManGaming. Humble and Steam both have it the normal £39.99 / $59.99.

There’s also a Season Pass, detailed on Steam here, and a collector’s edition, shown on the Squeenix site. Each is filled with the usual stuff you’d expect, some likely game-breaking free items in the former, and lovely, lovely swag in the latter.