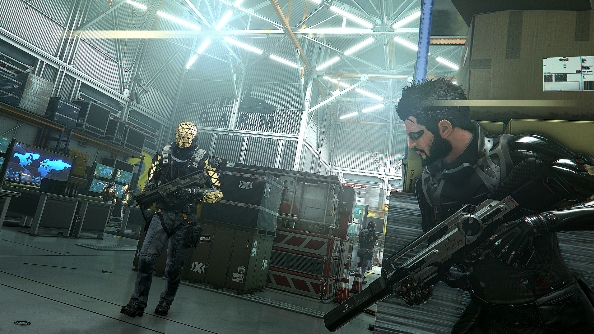 Whether you’re playing through for the second time – gosh, you were fast – or if you’re being forced to watch Mankind Divided’s intro videos again because you’ve been tinkering with the graphics settings, you’ve probably realised they go on for a while. Eidos Montreal also made them unskippable.

Deus Ex: Mankind Divided is out now, but everything in our list of upcoming PC games aren’t.

Luckily, there’s this one weird trick(!) that you can use to make them skippable. It does require a fair bit of tinkering, however, so here we go.

First off, you need to find where you installed the game and open its ‘runtime’ directory, which should be where Steam is installed, then: \steam\steamapps\common\Deus Ex Mankind Divided\runtime.

Then you need to replace these files with the one you just copied, so make six copies of the file above and rename them as these below:

Now drag over your new files and replace the ones above with your little video file, removing the lengthy cutscenes. This will swap out the seven intro videos for a black screen and a bunch of video blips, before you’re plonked into the action.